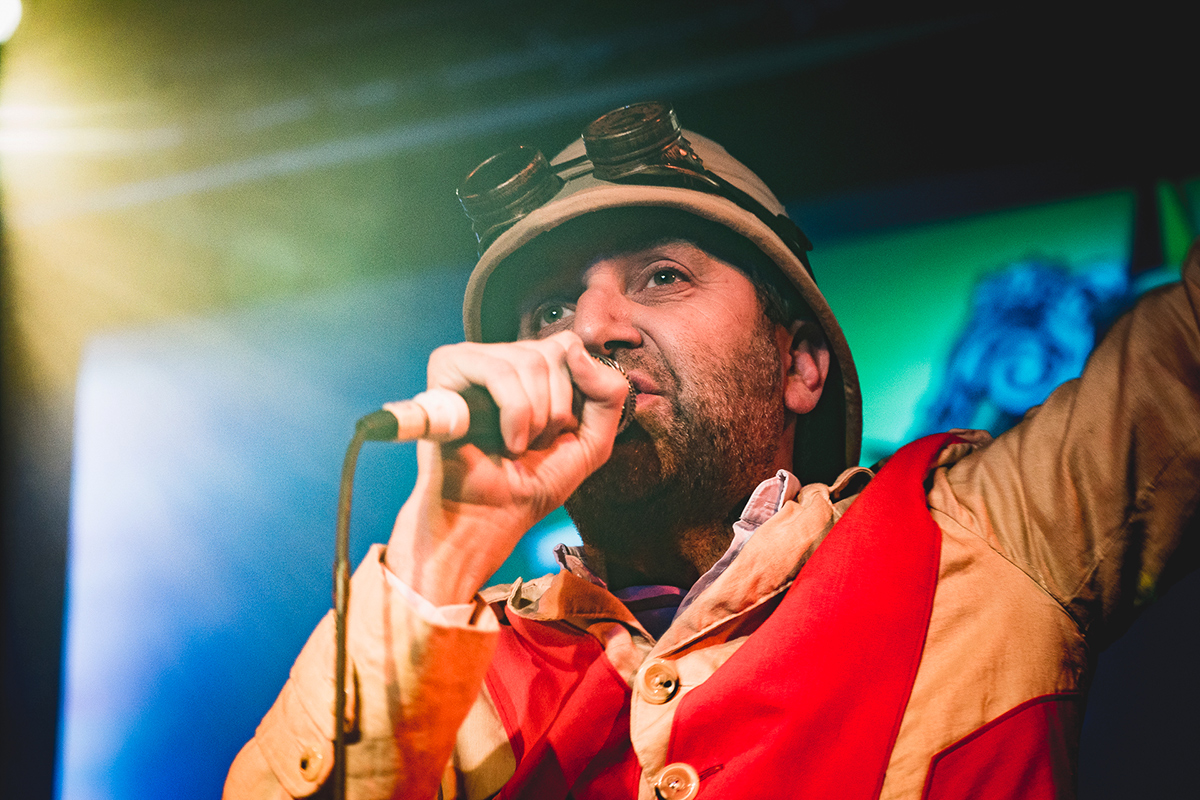 When I argued we should avoid letting our real-world political differences kill steampunk, I was accused of tone policing, caring only about white and straight people (I’m gay), hating on steampunk that doesn’t put straight, white, wealthy imperialism at the forefront, prioritizing the hurt feelings of those who want to oppress others; I was called naive, a racist, the son of skinheads and a complete and utter jackass. (This coming from the sort of people who insist they’re trying to make steampunk a “safe space” for “diverse” points-of-view.)

Steampunk performer Professor Elemental wrote an op-ed for The Steampunk Explorer arguing I was freaking out for no reason and steampunk was doing “better than ever.” Bill Bodden wrote an opinionated blog post, in which he dismissed me as an opinionated blogger and insisted that “new enthusiasts are coming in all the time.” Cora Buhlert argued that if steampunk is changing, that’s a good thing, “because the static genres are the ones that are close to death.”

Yet here we are, one year later, and the same Professor Elemental reports that steampunks are leaving the scene because of political rifts. He speaks from an UK experience, where Brexit has sorted people into opposing camps. The divisiveness and polarization is even worse in the United States.

I suppose I should know better than to expect Elemental to be canceled for suggesting anything so outrageous. Let’s hope his appeal will be taken more seriously than mine.

I’m not arguing steampunk cannot be political. Longtime readers will remember that we explicitly allowed politics in our message-board community, the Smoking Lounge, when The Steampunk Forum at Brass Goggles, then the most popular steampunk community online, banned it. We devoted an entire issue of our e-zine, the Gatehouse Gazette, to the politics of steampunk. If you follow the politics tag on this website, you’ll find plenty of political stories.

The problem is that politics now overshadows everything. Brexit and Donald Trump have ended friendships. Families don’t talk to each other anymore. Businesses must take sides. Every association, club and fandom is divided. Even knitting can’t escape divisive debates about race and social justice.

I don’t mean to suggest there isn’t sometimes cause for outrage. I’m outraged by the news almost every day.

But — and I’ve written this before too — it’s a question of how we deal with it.

And it’s another question entirely how we treat people who haven’t said or done anything wrong, but who simply don’t share our political beliefs.

If people are forever branded a bigot in the steampunk community for holding a different opinion or making one bad remark, then don’t be surprised if at some point they stop buying your books and stop coming to your events.

Some don’t care. Authors, organizers and magazine editors like yours truly will take a more nuanced view. Even those of us who aren’t financially dependent on the success of steampunk want it to do well. If the loudest voices in our community constantly communicate that those who voted for Brexit or are to the right of Bernie Sanders aren’t welcome, we’re limiting ourselves to an awfully small segment of the population.

If we want steampunk to be diverse and tolerant, we shouldn’t be so quick to rush to judgement. We shouldn’t lump people who didn’t choose their words carefully or who didn’t do their research properly in with neo-Nazis.

Some will call this tone policing. I know calls for “civility” are sometimes used to shut down difficult discussions. But I also recall that civility was supposed to be part of the attraction of steampunk in the first place. Assuming a little good faith can go a long way.

I was blind to racism once. I didn’t realize how widespread misogyny was until the #MeToo movement. There is a need and a role for activism. It can be part of steampunk. It doesn’t have to take over steampunk.