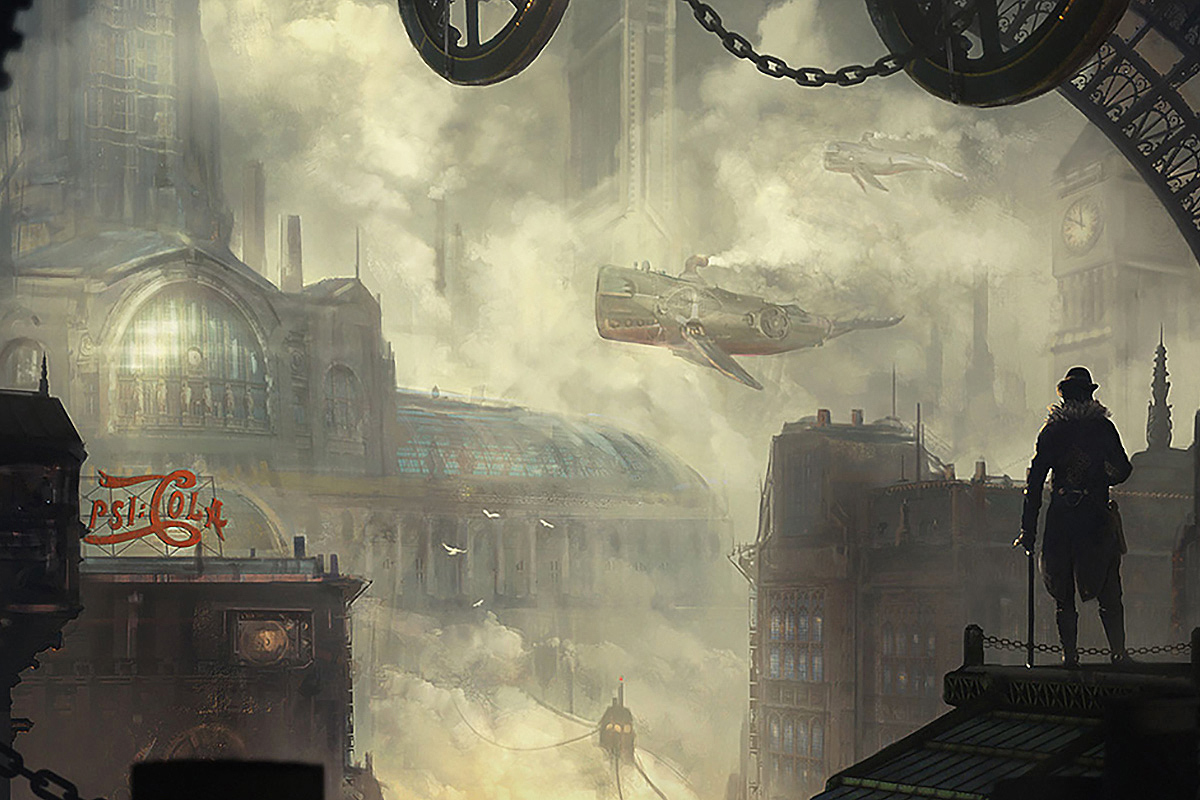 To keep up with all the responses to my “Who Killed Steampunk?” story, I’ve spent more time than usual reading Never Was‘ Twitter feed in the last couple of months. I follow almost everybody Twitter recommends to me, as long as they look or sound relevant to steam- or dieselpunk, and I follow back almost everybody who follows Never Was. So I made no effort to tailor this feed politically.

What I get is half steam- and dieselpunk and half left-wing politics. I don’t see any tweets that suggest they’re from a person who is center-right.

This isn’t new. I asked eight years ago where the steampunk Republicans were. Nor am I the only one who worries steampunk has become an echo chamber. Others who have written on this topic include Professor Elemental and Moriarty Viccar, both of whom are left-wing.

I can think of three possible explanations:

The average Twitter user is younger, better educated, better paid and more progressive than the rest of society. (The research is about American Twitter users, who are about half the total. I couldn’t find figures for other parts of the world.)

Moreover, woke activists on the far left and Trump fanboys on the far right tend to be more active on the platform, giving the impression that they are in the majority. They’re not. (See The New York Times and the Hidden Tribes of America project. Again, the figures are for the United States, but it’s not hard to imagine that in other countries, users who care the most about politics also tweet the most about politics.)

So Twitter skews our perception in two ways: its user base is not representative of the population at large and the users who tweet the most about politics are often radicals.

I hope that’s not true. I want steampunk to be welcoming of people of different political beliefs, but nearly everyone who writes, or has written, about politics and steampunk spans the spectrum from center-left to radical left. Examples include the self-described Steampunk Anarchists, Prof. Calamity, Phenderson Djèlí Clark, Kate Franklin and James Schafer, formerly of Parliament & Wake, Jaymee Goh, Steampunk Emma Goldman, Margaret Killjoy and the team at SteamPunk Magazine, China Miéville, Dru Pagliassotti, Diana M. Pho, Charlie Stross and the aforementioned Moriarty Viccar.

On the right, there is, well, me. (And I’m pretty centrist.) There are a few prominent dieselpunks who are right-wing, but steampunks? I can’t find any and the ones I used to know are gone.

If there aren’t more (vocal) center-right steampunks, I fear it’s because left-wing activism has either driven them away or is causing them to stay quiet.

This activism came in two forms, as I wrote in “Who Killed Steampunk?” There was an attempt by anarchists to co-opt steampunk. That failed. There has also been a (sometimes overly zealous) effort to rid steampunk of misogyny and racism. That has been far more successful.

Don’t think conservatives left because they wanted steampunk to be misogynist or racist. Some, perhaps — and, with what’s happening in the United States, I can understand the temptation to conflate “conservative” with “misogynist” and “racist”. Millions of American conservatives voted for a misogynist and a racist.

But it would be a mistake to paint everyone with the same brush. The right-of-center people I know who left steampunk aren’t bad people. They got tired of being called a bad person, especially when they had no desire to bring their politics into steampunk in the first place.

(Before anyone argues that art and fiction are inherently political; that’s not the point. The point is that these people either did not agree or didn’t realize it.)

I can predict the reaction: poor white guy complaining that people of color and LGBTs stole his hobby. I know, because that’s the reaction I got to “Who Killed Steampunk?” (I’m gay, by the way. We’re not all left-wing.)

It’s an easy way to shut down the debate. Impugn someone’s motives, assume bad faith, and you don’t have to engage with a word they say.

But then don’t complain in the next tweet that you’re having trouble selling your novel or selling out your event. If you insist on bringing your own politics into steampunk but can’t tolerate the politics of others; if you effectively ban half the voting population from the movement and throw out a few center-left “neoliberals” for good measure, you’re dramatically shrinking your audience — and mine.

I’d be the last person to claim steampunk didn’t have a race problem. I was part of the problem. But it’s another question how we deal with it — and misogyny, and homophobia, and ableism. If people are forever branded a bigot in the steampunk community for making one bad remark, then don’t be surprised if at some point they stop buying your books and stop coming to your events.

And it’s another question entirely how we treat people who haven’t said or done anything wrong, but who simply don’t share our political views. If we constantly signal that their views aren’t welcome, then at some point they might take the hint and leave.

We have writers here at Never Was whose politics are different from mine. Some are pretty far to the left, others are more to the right. Sometimes we talk about politics. Most of the time, we talk about the passions we share: steampunk and dieselpunk. That’s what brought us together. That’s why we’re here.

If anything, the fact that we share a hobby makes the political arguments easier. It’s never fun to disagree with a friend, but when you have something other than politics in common, you probably won’t lose respect for them even if you don’t respect an opinion they hold. You might even come around to their point of view.

The only people who benefit from polarization are extremists. Politics may be inescapable, but it’s not the only fact of life. Try to see the person behind the label. Avoid the temptation to put people in boxes. Remember we’re all steampunks. If nothing else, we share a hobby — and it’s not like there are millions of us. If we want steampunk to thrive, it can’t belong to one party or political persuasion.

Art on this page by Sebastien Hue.