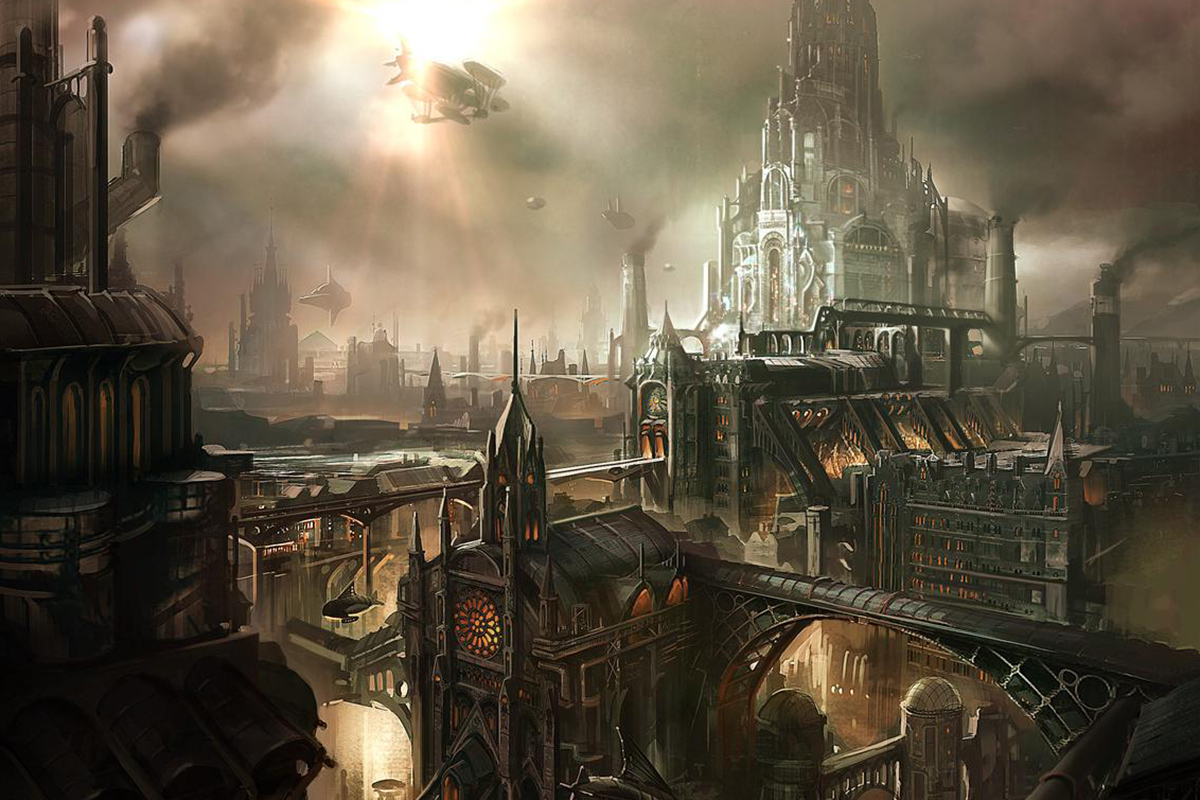 Lantern City was an ambitious attempt to create a trans-media steampunk experience. Set on a parallel Earth where the majority of the population is oppressed by a ruling class that literally lives above the rest, the franchise focused on an underground resistance movement.

The project spawned an illustrated novel (2013) and comic book series (2015-16), but a planned TV series never got underway.

Luckily, we still have the concept art!