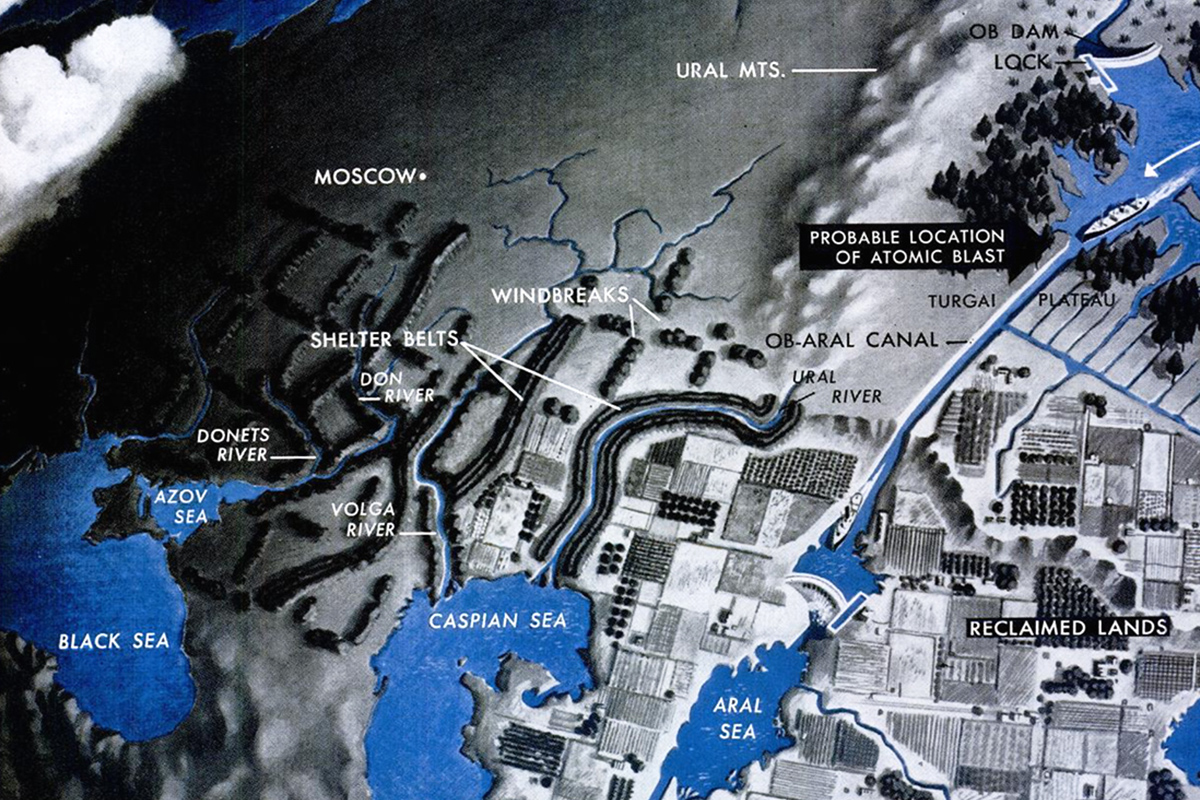 The Americans knew the project wasn’t new; since tsarist times had Russia dreamed of irrigating its vast hinterland. Serious study on reversing the great northern rivers had been undertaken since the 1930s. Now nuclear technology promised the possibility of simply blowing a hole in the mountains and opening a way for the Ob and Yenisei Rivers to flow southward.

To overcome a thirty-meter difference in altitude between the rivers and the Aral Sea, into which they would flow, both waterways were to be backed up by huge dams, forming an artificial sea half the size of the Black Sea.

In addition to irrigating one billion aces of land and generating 82 trillion watt hours of electricity per year, the new waterway would provide direct passage for ships from the Arctic to the Caspian Sea.

Life wasn’t completely misinformed, but it had fallen for Soviet propaganda.

Coming only three months after the Soviet Union had conducted its first successful nuclear weapons test, there was no way it was ready to carry out a project on the scale Life reported in November 1949.

In fact, it wasn’t until the 1960s that the Soviets got serious about using nuclear explosions for engineering purposes.

Even then, the only waterway project that saw any action was a plan to link up the basin of the Pechora River in the north of European Russia with the basin of the Kama, a tributary of the Volga — the so-called Pechora-Kama Canal.

In March 1971, three underground nuclear charges were detonated to demonstrate the feasibility of using atomic power to build canals. But it would have taken perhaps hundreds more explosions to dig the canal. That was too much even for Soviet authorities and the whole river reversal project was abandoned in 1986, the same year as the Chernobyl Nuclear Power Plant disaster.