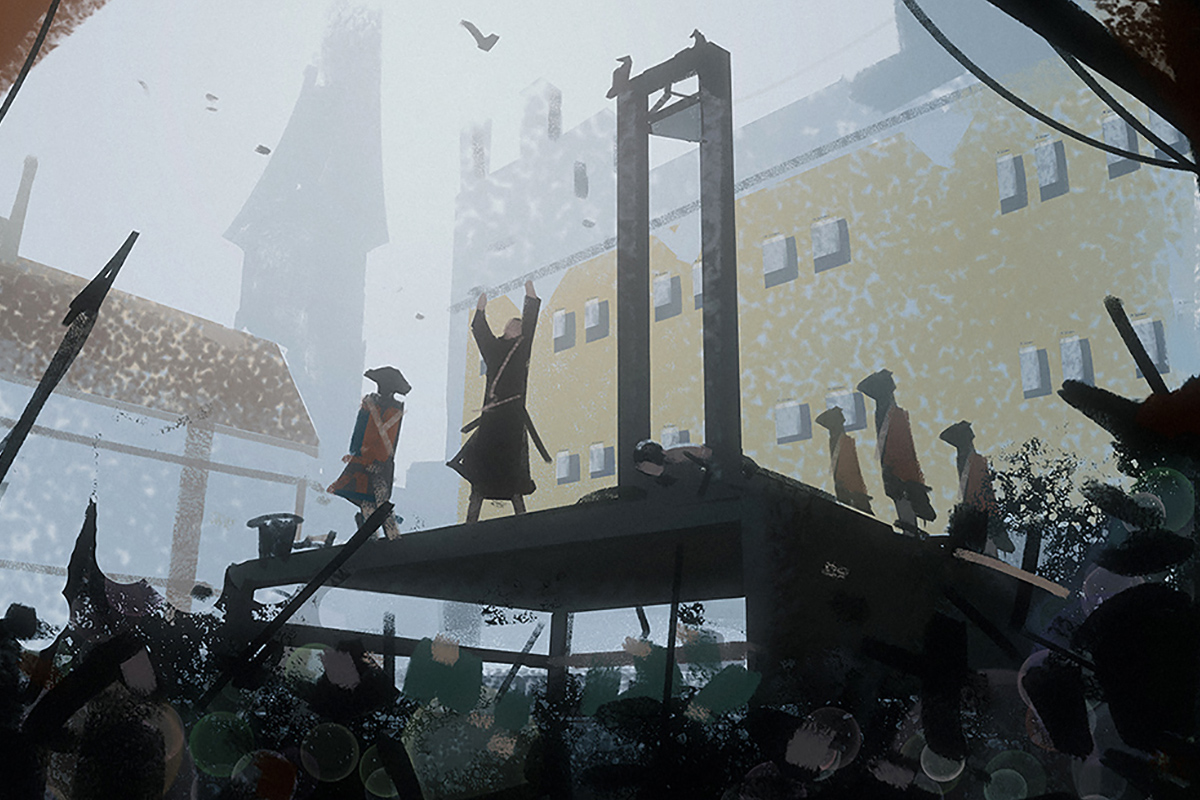 It was Sunday morning and the first thing I read on Facebook was a call from someone in the steampunk community demanding that another person be “unfriended” by all of her followers. Along with this, she posted a screencap of a meme this terrible person had posted which said, “Share if you also want to see Hillary Clinton in jail.” It had the former secretary of state’s face photoshopped behind bars.

For one anti-Clinton meme, this steampunk woman demanded the deplatforming of someone I didn’t even known before this incident. One wrong meme in some circles and you’re out.

By that logic, I should have been “canceled” a long time ago. I’ve disliked Hillary Clinton since the early 1990s. But social media has made it much easier to scout out thoughtcrimes. Don’t belong to the right political party? Don’t hate politicians from the other side? Someone will screencap something you wrote, share it on their own page and demand that you be shunned.

We’ve crossed into a weird McCarthyism — Jenny McCarthyism — where if you’re not liberal enough you’ll be chased out of whatever fandom you’re in.

Nick Ottens recently asked if you can be right-wing and steampunk? (Which was a follow-up to his “Who Killed Steampunk?“, which continued the conversation I started two years ago with “Requiem For Steampunk“.) The short answer, increasingly, is no.

Partisan politics is one of the things that is killing steampunk. Self-anointed gatekeepers who are trying to control it, and opportunist who tried to trademark it for themselves, are another.

I’ll stipulate that the word “killing” may be inaccurate. What we’re really discussing are radical changes to steampunk, not its death. I’ve written about what’s ruined the anti-establishment and anti-authoritarian aspect of it, but, as so many people have noted, the visual aesthetic is alive and well. Steampunk isn’t dying, but it is changing.

But I also admit that “Who Killed Steampunk?” is a catchier title than “Who Is Ruining Steampunk For Me?”

Vote blue, or else

This past autumn, during the midterm elections here in the United States, I was in an online conversation about why I’ve been leaning toward third-party candidates. “Steampunk Dawn” chimed in and told me I must vote for her party. She lives and works in the New York metropolitan area, but I guess she knows enough about local politics here in south-central New Hampshire — the ballot issues and the candidates, including the ones I’ve met — to give voting advice to somebody who lives several states away?

No, everyone must vote for candidates that belong to her political party. Or else.

Or else what? Because she’s a powerful force in the realm of New Jersey steampunk, horrible things might happen to me here in New Hampshire if I don’t comply with her demands?

Steampunk Dawn’s assertions are mere steam-powered ignorance with cog-infused arrogance. Imposing one’s will on a group of people far away without knowing the local history and circumstances smacks of imperialism. Steampunk imperialism.

What power does she actually wield over us other than being on the committee that approves panels and panelists for one of the steampunk conventions in this region? And my panel wasn’t approved for her convention…

Hey — I think I just answered my own question!

In the last two years, I’ve seen a predominate steampunk couple in the mid-Atlantic region pontificate about modern hot-topic issues and become very militant about what they believe, going so far as to say that if you don’t agree with them then “clearly” you are a bad person.

Specifically, they have tried to parlay their steampunk popularity into activism on issues like gun control and candidates for the 2018 election.

Their efforts this year crossed the line into McCarthyism when they went after a friend of mine and accused him of being a racist, and worse, because he’s “obviously” a Trump supporter. He isn’t even. My friend in Nashville is an independent-minded voter with conservative/libertarian leanings. His real crime was not being a Clinton supporter and making statements on Facebook akin to, “I didn’t vote for the guy, but I have to admit that this new president is doing wonders for the economy.” Only to denounce Trump after his next blunder.

The steampunk power-couple and their cabal nevertheless went on a campaign to ruin my friend and were able to make things so difficult for him that he quit and canceled the steampunk events he was planning.

To go back to Nick’s question, can you be right-wing and steampunk? No, not if you want to participate. You have to be somewhere on the left side of the political spectrum to be accepted in the steampunk community (at least in the United States). Or, if you’re not a leftist, keep your political opinions to yourself. If you want to voice your non-conformist views, or express concerns about the growing totalitarianism in our movement, you might as well stick a “Kick Me” sign on your virtual ass.

This is why so many people have lost interest in steampunk. It’s even sadder when you remember that in the beginning people turned to steampunk as an escape.

It’s one of the things I used to love about steampunk — and dieselpunk, and atompunk, and all the other retro-futuristic genres; the pure escapism of it all. You can look at steampunk media and escape into the possibilities of what could have been, and maybe should have been, and how much better society would have turned out as a result. That is now being eclipsed by political activism.

They don’t see the damage they’re doing. The politically self-righteous with their social-justice virtue can’t tell when they are alienating the people who are into steampunk for a good time and the love of the aesthetic. The same people who have so much power and influence in this community have such thin skin that they can’t tolerate mere questions or concerns about where the community is headed. They will resort to name-calling and eventually deplatforming. The intellectual elite who engage in “steam-powered fantasy dress-up” are able to do all this while hiding behind the false platitude that they want an “open dialogue” where “all voices can be heard.” It’s the problem that genuinely believes it’s the solution. They really think theirs is the way to win heart and minds.

If you’re trying to be a real-world authority on non-steampunk issues to your steampunk followers, that’s fine. But don’t tell me that what you’re doing is “steampunk” anymore. It’s more like “steam-powered Victorian fantasy political activism”. It’s as much punk as I am a lobster.

Art on this page by Lorenz Hideyoshi Ruwwe.