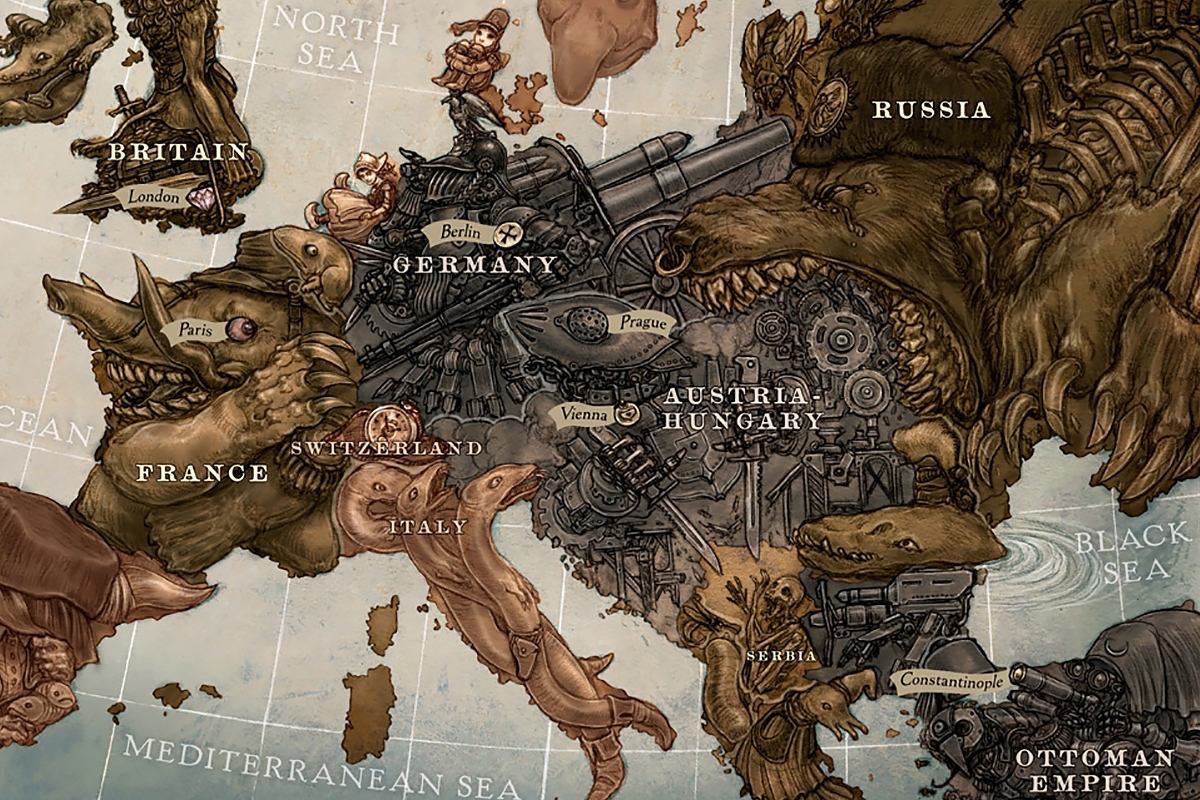 Steampunk fans will be familiar with Keith Thompson as the illustrator of Scott Westerfeld’s Leviathan (2009, our review here) and its sequels, Behemoth (2010) and Goliath (2011).

Of particular interest is Thompson’s caricature map of Europe in an alternate 1914. It shows Britain as a militaristic lion, resting on the riches of its empire; Russia as a huge bear, but one rotting and filled with maggots; Germany with guns aimed outward to all surrounding nations; the Austro-Hungarian Empire as an armored giant, teetering on shoddy foundations; and the Ottomans collapsing under the weight of their many lenses and spy glasses.

Below is a sample of Thompson’s artwork for the Leviathan trilogy and other projects.