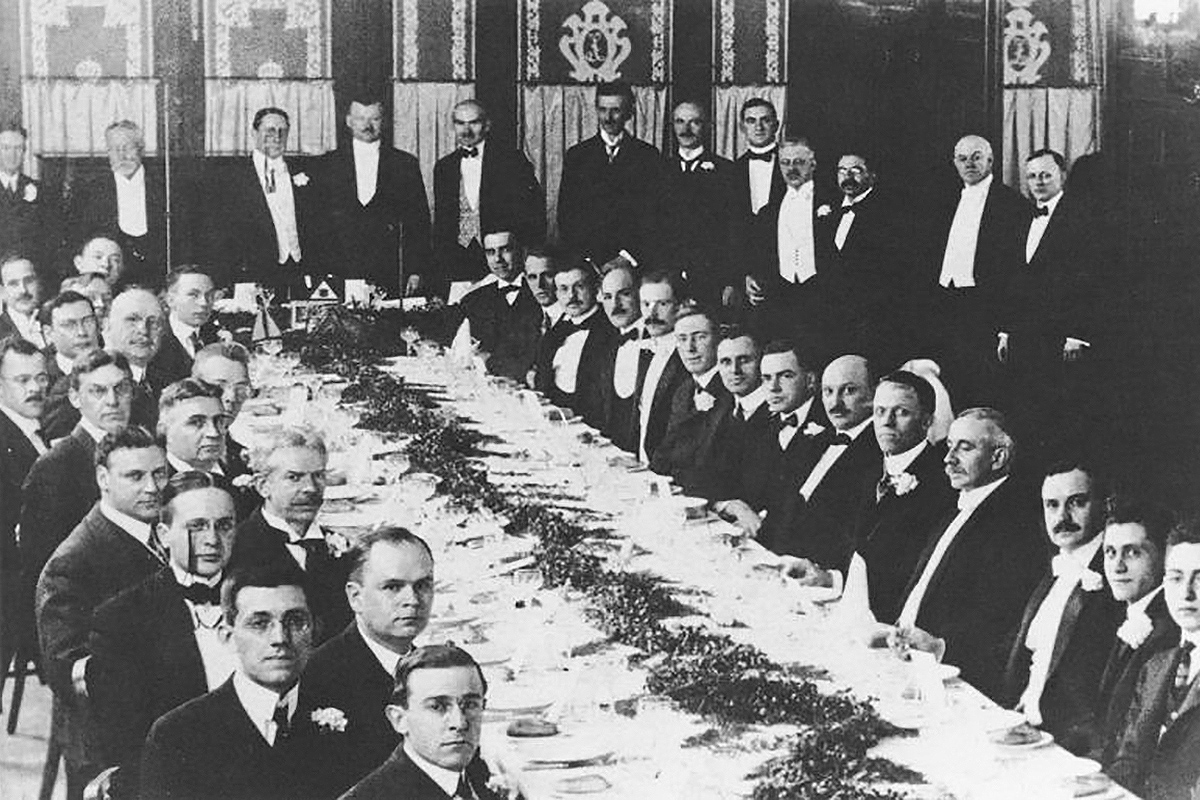 As a genre, steampunk was hardly political. Cyberpunk, in its reverence of alienated hackers and all sorts of outcasts, might carry some political weight, but the very term “steampunk” was coined as a joke (by author K.W. Jeter in 1987) and never meant to describe the sort of movement we know today.

Because of its newly-acquired subculture status, steampunk has made bold fashion and design statements, but it struggles to find an ideology. While some recognize anarchist potential in putting the “punk” back in steampunk, others emphasize that steampunk is inherently apolitical. Others yet seek a middle way by interpreting the “punk” as a broad rejection of modern-day consumerism and the loss of individualism associated with twenty-first-century industrial society.

In the words of Peter Bebergal, steampunk, in its “embrace of the toothy cog and the sooty pipe,” represents a rebellion “against our iPhone moment.”

The iPhone may be a technological sensation, but there is something alienating about its mass-produced quality. Steampunk, on the other hand, seeks to recapture “the spirit of invention and craftsmanship” reminiscent of the nineteenth century, although the dirt and the factories and the technocratic mindset of the era are often notably absent from the genre.

Love the machine, hate the factory

SteamPunk Magazine editor Magpie Killjoy explains what is so appealing about this spirit: “A lot of people are unconsciously drawn to this time period because there was marvel and wonder to be found in machines.”

Is that to say steampunk promotes a return to times past? The consensus seems to be a firm “no”.

SteamPunk Magazine reminds its readers that industrial progress in the Victorian era came with numerous vices (pollution, poverty) and suggests that steampunk ought to “[love] the machine, but [hate] the factory.”

This sentiment was further explored by people like Datamancer and Jake von Slatt.

The latter has admitted that when he found steampunk, “do-it-yourself” (DIY) was not a part of it — “but I wanted it to be,” so it became.

According to Cory Gross, this co-option of steampunk with DIY sparked debate between older and newer fans of the genre: the view that DIY and punk were part of steampunk “won out in short order,” he claims, “and the dynamics of steampunk as a subcultural movement were regimented.”

Gross suggests that an influx of enthusiasts from “countercultural movements, such as Punk, Goth-Industrial and DIY hobby groups,” was responsible for this shift, “marginalizing, consciously and unconsciously,” the science-fiction and role-playing background of steampunk.

Catherynne Valente calls the punk in steampunk “nearly meaningless”. Instead of adopting only the lighter and pretties aspects of the past, Neo-Victorianism must be “honest and ruthless.” She asks the steampunk enthusiast to consider what punk means to him or her: “the rage and iconoclasm and desperation, the nihilism and unsentimental ecstasy of punk rock.”

Bruce Sterling, co-author of The Difference Engine (1990), is skeptical:

I wouldn’t get too permanently attached to any enterprise with the word ‘punk’ in it.

He warns that punk is “a generational signifier for people who are now well into middle age.” Youngsters who call themselves “punk” today are “somewhat pretentious” argues Sterling — and, ironically, anachronistic.

Another possible interpretation of the “punk” is offered by Dru Pagliassotti, who writes that the DIY ethos of steampunk implies opposition to “mass marketing and consumerism,” harkening back to the “loving the machine but hating the factory”-spirit of SteamPunk Magazine.

Or, in the words of self-declared steampunk scholar Mike Perschon, “raging against the machine of industry, or the powers behind it.”

Except Pagliassotti knows that it’s the “peculiar upper-class Victorian sense of enthusiasm, optimism, confidence, manners and good sportsmanship that steampunk wishes to reclaim.”

“Just because steampunk enthusiasts like the grandeur of the British Empire does not mean they are willing to accept the racism and colonialism upon which it was built,” argues one such author, G.D. Falksen.

Poeter, however, believes the average steampunk enthusiast is prone to “dismiss such baggage entirely.”

A sense of wonder

As far as the average enthusiast is concerned, steampunk is primarily a form of entertainment. Whether he or she is interested in steampunk literature, fashion or design, the genre provides an outlet; a fantasy to escape whatever perceived ills or shortcomings one associates with our modern world.

“And I believe this, if nothing else, puts the ‘punk’ in steampunk,” writes Cherie Priest.

It’s the tongue sticking out at history books; it’s a poke in the eye to a condescending footnote. It’s a pointy boot up the ass of stuffy literalists and stitch-counters.

“Steampunk refuses to let what was written years ago become the last word or the bottom line,” according to Priest and she finds Ruth La Ferla on her side. “If steampunk has a mission,” writes La Ferla in The New York Times, “it is, in part, to restore a sense of wonder to a technology-jaded world.”

That, all steampunk enthusiasts can probably agree on, is at the heart of the steampunk spirit: Adventure!