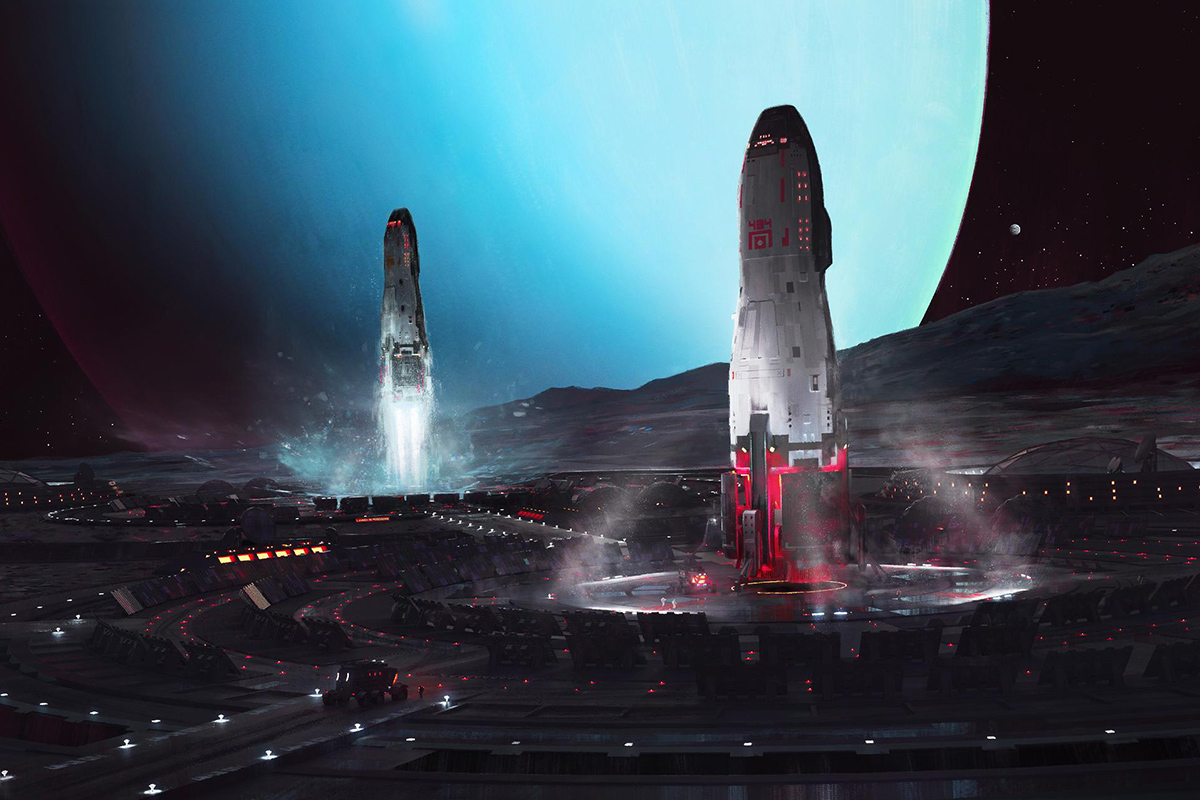 Maciej Rebisz is the man behind Space That Never Was, which imagines the Space Race didn’t end. Spacecraft based on the Apollo mission that first landed men on the Moon now travel to Venus. The Soviets reached the Moon. There are crewed missions to Mars. Private space companies flourish. The people of Earth, as Rebisz puts it, have “never stopped dreaming big and aiming high.”

You can find Rebisz on ArtStation, DeviantArt and Tumblr.