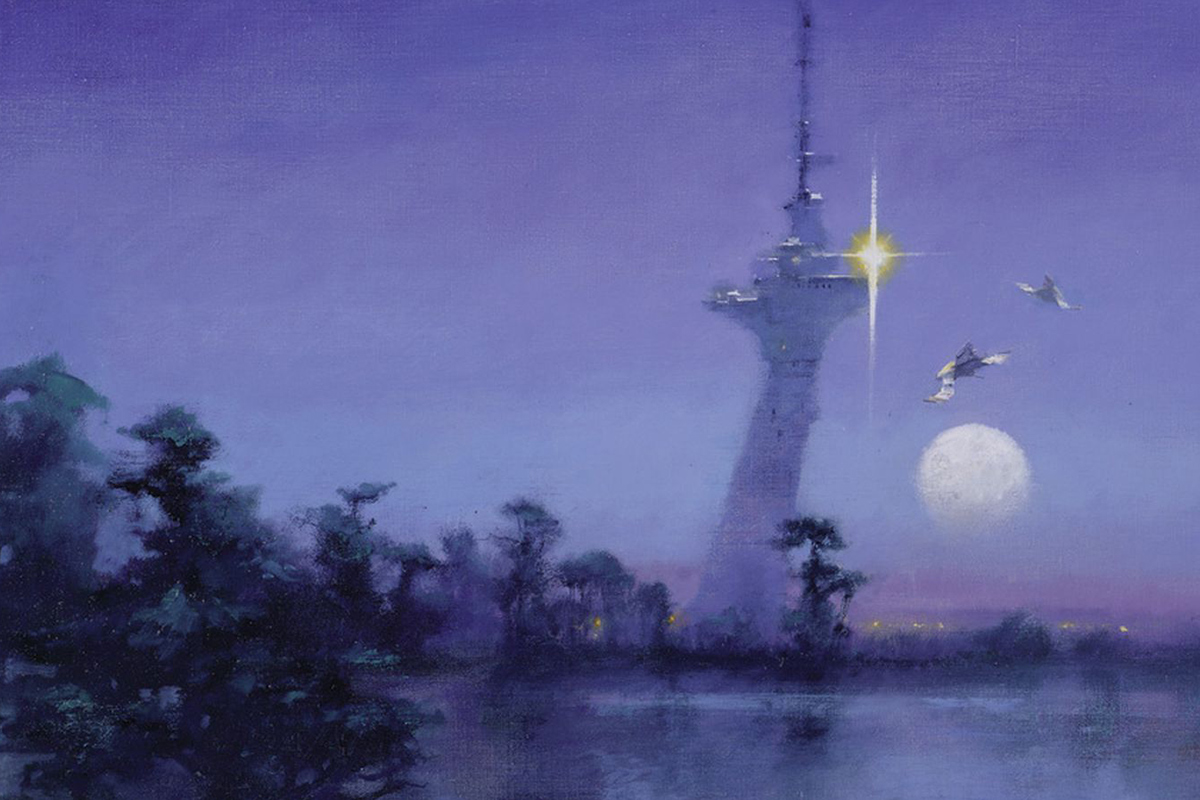 John Harris is a British artist known for his otherworldly landscapes and science-fiction book covers.

Born in London in 1948, Harris entered the Luton College of Art at 16 and went on to study fine arts at Exeter. His preoccupation with scale and space led him to paintings of outer space and science fiction. He began illustrating book covers in the 1980s, which he continues to this day. In 1984, he was commissioned by NASA to paint the launch of the Endeavour space shuttle. It now hangs in the Kennedy Space Center.

IAmag has more. John’s official website is maintained by his agent.