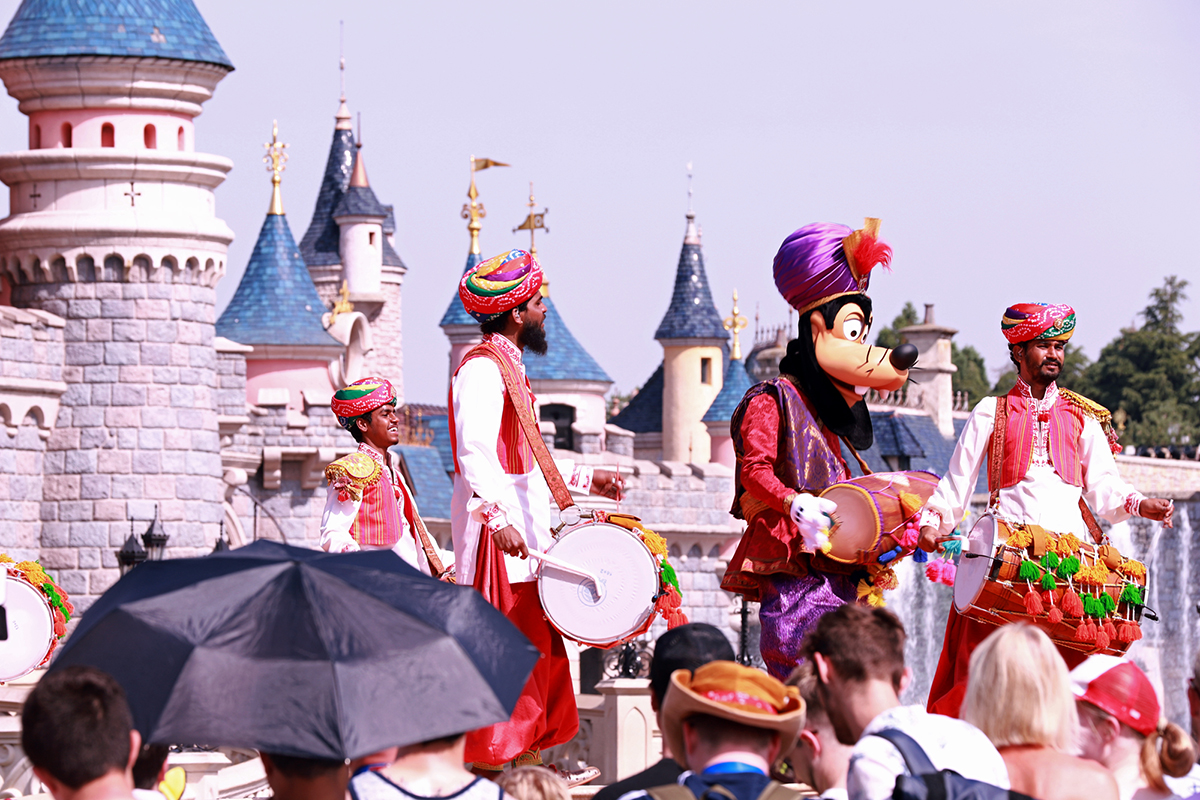 The Lion King and Jungle Festival premiered in Disneyland Paris this summer. The event comprised, as you can guess from the name, all sorts of bits and bobs from The Lion King and The Jungle Book. Which was quite clever, considering the recent live-action releases of both movies.

Over the last few years, Disneyland Paris has been stepping up their game when it comes to additional shows and parades for their temporary events, and this was no different. Rather than combining the two movies, they had a Lion King-themed show called Rhythm of the Pride Lands with a little dance from Timon called MataDance (it was 40°C the day I was there, so I skipped that in favor of shade) and you could meet Rafiki during a special lunch at the restaurant Hakuna Matata.

I’m adding this for completeness’ sake, but the real reason I’m writing about this for Never Was is that the rest of the event had all sorts of dieselpunk elements.

One of the main events, probably even more popular than Pride Lands, was the Jungle Book Jive. It was a parade ending into a show and took place on Main Street, meaning it was fairly easy to get a good spot for and didn’t involve excessive queuing in all sorts of (vile) weather. (It involved standing in all sorts of vile weather if you didn’t get a curb spot, but at least it was remotely better than the queues for Pride Lands, which could be two hours or more.)

For this, Disneyland Paris had combined the era of Jungle Book, colonial India, with Disney and Indian cultural elements. Meaning a lot of dieselpunk costumes for the characters.

And in Disney Village, there were a few roaming characters, specific to the event, that guests could interact with, also in dieselpunk garb.

You could meet Mickey and Minnie in their costumes, but only in add-on packages at extra cost, and not everything went as smoothly as it should due to Disneyland Paris still being pretty bad at planning an insisting on using the Lineberty app, which doesn’t work the way it should most of the time (and is not GDPR compliant, but then again, neither is DLP).

If you’re into dieselpunk and Disney, though, this is something to consider seeing next summer (as it has been confirmed to return in 2020).