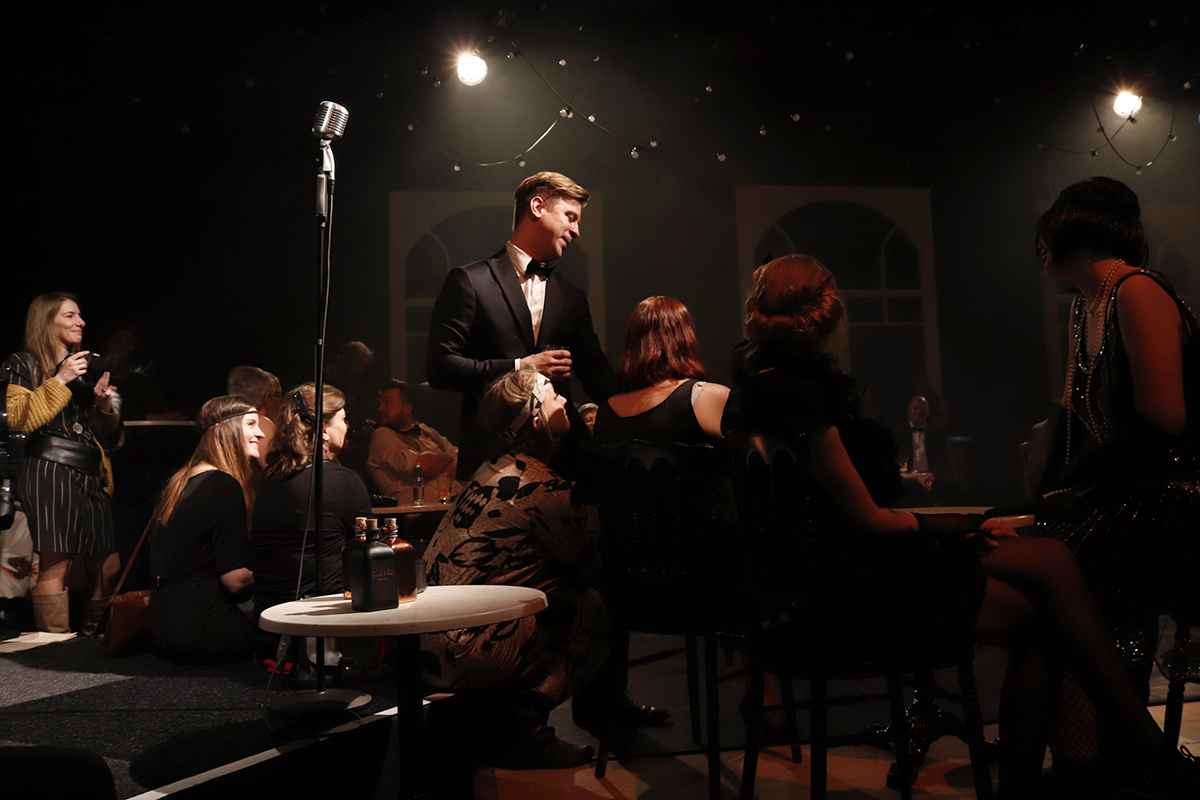 The Great Gatsby Belgium, an immersive play, has premièred at a secret location. Currently running in Dutch and French, soon the London cast will travel down to Brussels to perform the original English version here as well.

As we mentioned in our preview of the show, The Great Gatsby is nothing like you’re used to. People aren’t taking their seats in a theater and watching what happens on the stage. Here you are literally part of the play. Actors will interact with you, you might be asked to follow them into another room, alone or with a small group of people. You might become the focal point of a scene.

Introverts, have no fear, as the actors are very apt at gauging who is open and willing to be put on the spot, so to speak. No one will be forced into situations they are clearly uncomfortable with.

As a person who isn’t terribly good in social situations, I still thoroughly enjoyed it. I was never in a situation that wasn’t working for me, even when my husband and I were taken to the side by two actors to get involved in the lead-up to another scene.

They have done a great job bringing 1922 to Brussels, theming the entire play and making it immersive from the beginning to the end.

Everything is on theme, from the beautiful venue (no, no matter how many times people ask, we will not reveal the location, but trust me, the secrecy works and adds to the experience!), the drinks on offer and the play itself.

While it’s not historically accurate, it is very period appropriate and you can take dressing up as far (or nowhere at all) as you please. Had the play been historically correct, that laissez-faire attitude that was rife in high society at the time would probably not have gone over quite as well as it did.

If you’ve ever wondered what it would be like to attend one of Jay Gatsby’s parties, now is your chance. This is as close as you’re going to get, and it’s going to be absolutely amazing.