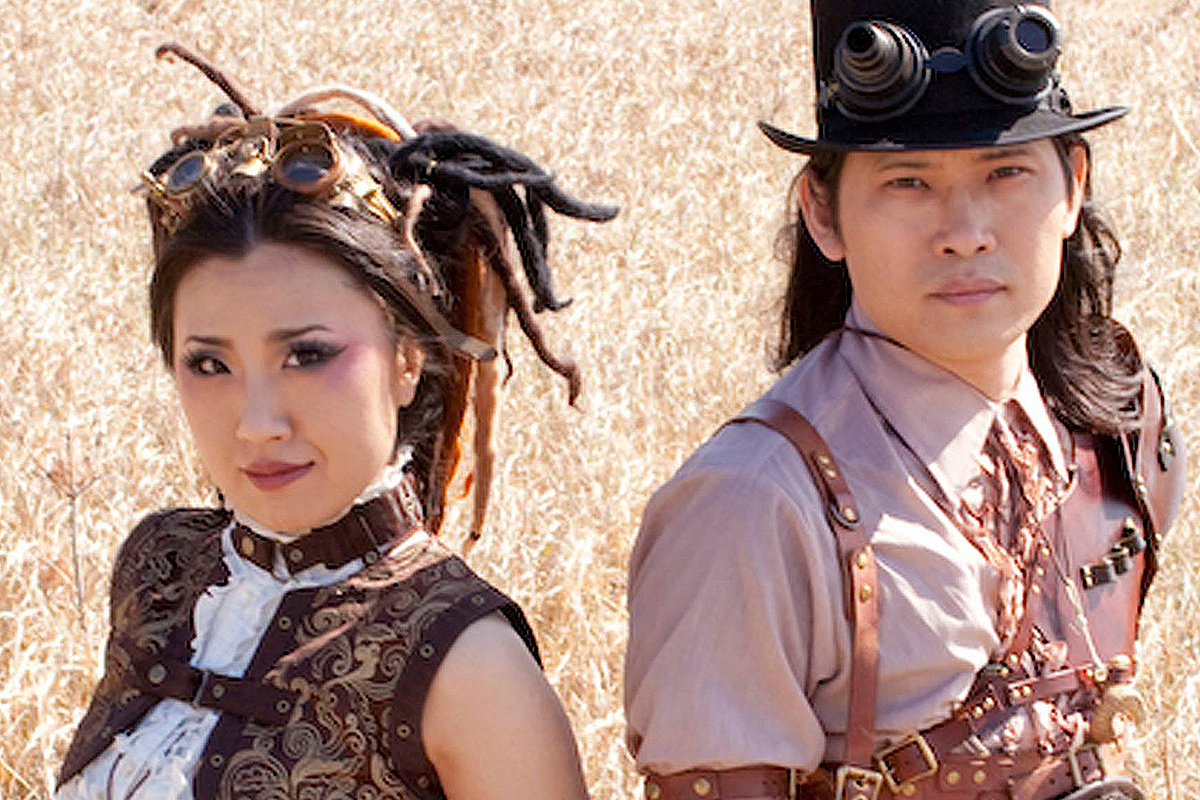 After North America and Europe, Japan is the next to submit to the steampunk movement. We spoke with Strange Artifact, the country’s first steampunk band.

Even though you have been around for a couple of years already, you are a new band to a lot of people, especially outside Japan. So why not give a quick introduction about yourselves, so people that read this interview get to know the members of Strange Artifact a little better?

How do you hope to influence the steampunk scene and music scene in general with your music?

We want to create music with a fantastical element that doesn’t have the usual Victorian stereotype and maybe even a little like video-game music.

I could say the same about our lyrics. Instead of writing about everyday things, I’d rather write more abstractly to create that fantastical environment. Emotionally I want to draw a picture of both the fragility that the average person can’t show anyone as well as the strength they have inside to fight that fragility. We’d like for that to come across in our work.

What is it that attracts you in steampunk and how does it reflect in your music?

Right now, music and fashion are really separated as movements. Well-known musicians only wear whatever’s in style. At one point, grunge and punk music were closely intertwined with fashion and you can see a lot of that in steampunk as well.

What aspect of steampunk attracts you the most?

That would be the sense of adventure that we had as kids… kind of like the worlds you see in Final Fantasy games. The thirst for the unknown, gadgets that inspire the imagination, the fashion… it’s all really appealing.

You dress steampunk. Do people get what you’re doing or do you generally get lobbed in with visual-kei artists and bands?

How big would you say steampunk is in Japan?

While there’s plenty of steampunk influences and design there isn’t much of a scene like in America/Europe, but it feel like things are starting to come together in 2012.

In early April, we gathered around forty Japanese and international steampunks for a picnic and there’s club events starting up as well. We’ve learned a lot from our international brethren and hope to use their examples in building our own scene.

Do you think that J-fashion styles, such as mori kei, dolly kei and some of the Lolita substyles, contribute to the growth of the Japanese steampunk style?

That’s a great question! Right now in Japan we’re starting to see “steampunk Lolita,” which is a combination of Goth-Lolita and steampunk. I think that as people involved in the Goth-Loli scene contribute their tastes and styles, the steampunk scene is going to become even more interesting.

How would you describe your sound and what sets you apart from other J-rock bands, the steampunk aspect excluded of course.

In addition to the storytelling element and the introduction of ethnic music styles, we’re also a bit more Gothic than J-Rock bands.

What inspires you the most? Both as artists and Steampunks?

To be able to do interviews like this, and for our music to travel from Japan to around the world and for people to listen to it is really inspiring to us.