I admit shaking my head whenever I read the work of a reporter proclaiming the “death of steampunk,” thinking that someone has negligently ignored his or her bosses’ deadline and found themselves scrambling for topic.

Quite to the contrary, steampunk appears to have been enjoying a slow but steady climb in popularity throughout the past half decade or so, for many reasons.

From literature, steampunk has spread into film into building impressive steampunk devices and works, conventions (and the associated attire to properly visit them in) and even touring virtual steampunk cities.

Steampunk is pervasive, even starting to lap the shores of political thought, which, as with all things political, can be a blessing or a curse.

With the upcoming Great Steampunk Debate, I have no doubt the virtual “fur will fly,” with some trying to maintain a civil discourse on the topic while others will insist on relentless attacks and online foot-stomping, if the conduct of other political sites is any indication.

However, I’ve taken a bifurcated view of steampunk politics in trying to make sense of the prism of views preceding this month’s debate.

To my estimation, there are two ways steampunk can be approached in a political discussion: within a historical context and within a modern one.

The historical context involves reconciling the social and political aspects of the Victorian era with an idealized steampunk setting. Perhaps one of the best examples of this was the recent “Victorientalism” debate, contrasting what one might call “Eurocentric” steampunk to “steampunk in the Orient” (or better termed as “steampunk in Asia”) for the era.

I was fascinated to read the different views on this, from Ms Goh’s work on Silver Goggles to Mr Ottens’ on The Gatehouse, following the twists and turns of the discussion. I’m not sure whether a resolution was reached (or could have been reached), but nonetheless it provided intriguing insight about the topic.

Debates of this sort, while challenging and perhaps even uncomfortable to some, I believe do enhance the expanse of the genre by nudging perceptions beyond their perceived limits.

The other aspect of steampunk, to my estimation, involves the introduction of modern politics by attempting to add the “steampunk” label for convenience onto people’s own philosophies and actions.

There are some longitudinal lines that can be drawn, but certain circumstances, such as SteamPunk Magazine‘s proclamation of the arrest of one of their own in October of 2009 as “steampunk’s first political prisoner,” seemed off-putting, to say the least.

While the circumstances are unfortunate for the gentleman in question, I side with the later commentary of Dr Damon Molinarius, who had “yet to see any mention of steampunk anywhere in any of the reports, other than here [SteamPunk Magazine].”

I do take a bit of umbrage at anyone attempting to purloin the good name of steampunk in conjunction with their personal political activities. To me, the attempt to “shoe-horn” some sort of activist political message into the genre seems a bit disingenuous.

Still, if real politics are truly to be infused with steampunk, perhaps a Steampunk Party would be an appropriate way to go. A cog logo on placards and top hats as signature attire would be the start.

I have a few suggestions for a platform, which are both progressive and true to the genre.

The list can go on and on. One’s imagination is the only limit!

Seriously, I have had the pleasure of conversing with many who follow steampunk and see is as a simple escape from the work-a-day doldrums rather than as some sort of political movement. While discourse is part of human nature, some corners of the steampunk community seem to have a fait accompli perception regarding the imposition of modern politics, be it right, left or what not, into a fictional setting. The upcoming Great Steampunk Debate will certainly shed further light on this topic.

As for myself, I shall sit back and see how the discussion develops and look forward to insights from this challenging endeavor. 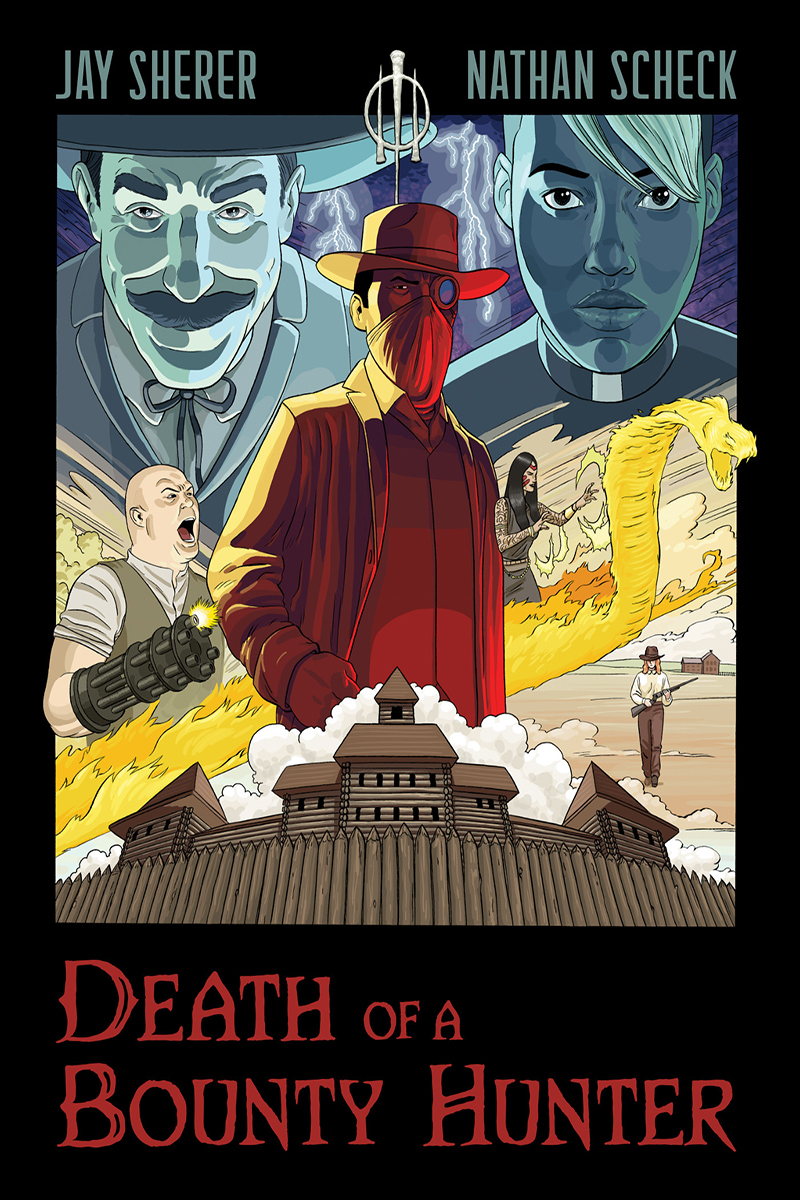 Death of a Bounty Hunter: Free eBook for Never Was Readers 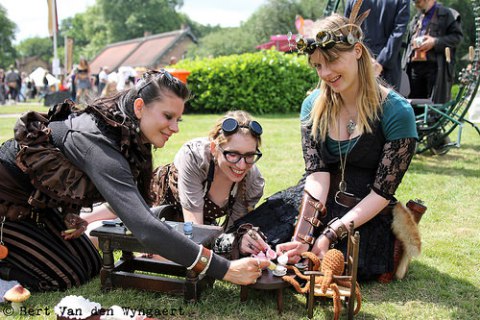