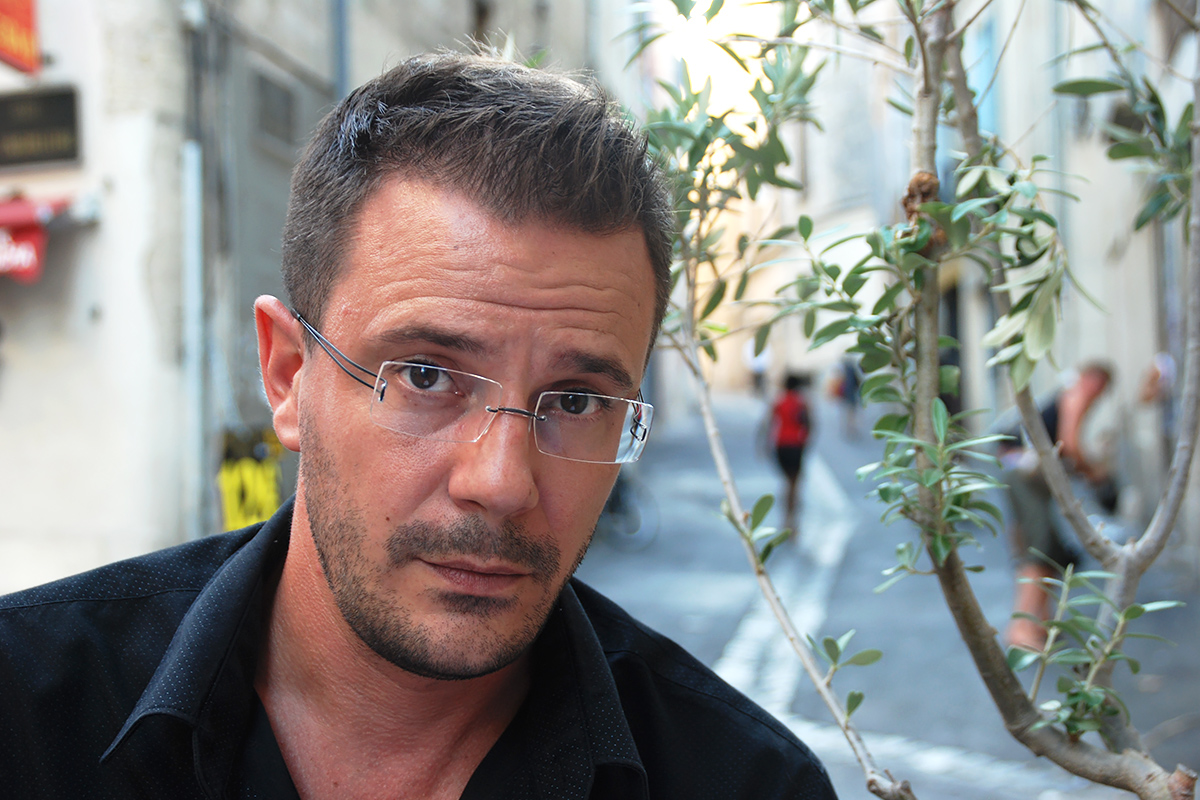 Please, tell us a bit about yourself.

I live and work in Montpellier, in the south of France, where I was born. I have always wanted to create universes and characters, tell stories. I have always been attracted by science-fiction and fantasy worlds, robots and monsters.

I am self-taught, a self-made man. I had to stop going to school and I started reading classical literature such as Virgil, Ovid, Gustave Flaubert and [Ernest] Hemingway. I grew up in a modest family. I never missed anything, but that is because all I needed were my comics when I was a child, cinema and VHS tapes when I was a teenager and time to work now. Free time to live my passion is a luxury.

How did you first become interested in steampunk and dieselpunk and what attracted you to the genres?

You might be surprised but the first time I heard about steampunk was not with regard to Jules Verne or [H.G.] Wells, but when I read the comic book Steampunk by Chris Bacchlo. I have always found this universe extremely interesting. What fascinated me the most was how this period merged almost molecularly with my working technique.

Your more recent works seem darker and more distinctively dieselpunk. Do you find this aesthetic fits your own style better?

You know, I like big cities, pollution, oppressive atmospheres and everything connected with death. I like architecture and above all I like history. I let things happen. With all these elements combined you get dieselpunk.

I have learned that art is not a restricted circle and that with new technologies and a bit of ideas, you can create interesting things.

You are right when you think dieselpunk fits my own style more. It is darker. Dieselpunk is the psychopathic son of steampunk.

How would you explain for the increasing appeal of steampunk?

I do not believe steampunk took so long to become popular. It came just at the right time.

The century we live in is a peculiar one. A large part of teenagers sinks into depths of ignorance while, and this is the main paradox, they have an unrestricted access to absolute knowledge. It is in that respect that steampunk is a sheer product of our time and could not have been created at any other time. It represents the obsolete values of a bygone era, the Belle Époque, mixed with the technological aspect of our time. All this, we can clearly see, provides for projection, dream, fantasy using customs and codes from a romantic past while keeping a technological link with the present.

Only a misled century like ours could give birth to steampunk. As far as I know, this attempt to create a link, to recycle the past did not exist in the nineteenth century. There was no fictional rebirth or industrial royalty at the time of [Charles] Baudelaire or Verne. It could have happened, though, as imagination was flourishing back then.

Do you think it will continue to grow and gather popularity?

That steampunk will gain popularity is obvious. For example, no main steampunk feature has been directed yet. You might object that Wild Wild West was one, but I would not say that such film, or even Otomo’s Steamboy, does justice to the genre such as Blade Runner once did with cyberpunk, for instance.

After Blade Runner, no cyberpunk fiction could avoid the comparison with Ridley Scott’s masterpiece. After Wild Wild West, everything still needs to be done.

As regards Otomo’s Steamboy, its only merit, in my opinion, is that he took eight years to direct it, i.e., he anticipated the movement by almost a decade. This is common ground with Ridley Scott: being so early that he was totally out of sync with the expectations of his time.

Also with Steamboy, we cannot really say that he gave the best in him… three spinning gears are not enough to build a whole universe.

To me, Captain Sky was the only one to play his game well, but this is another story more on the dieselpunk side. Let’s see what the finished Iron Sky will do. For now, though, [the] film harvest is quite poor.

What would you consider to be the greatest influences on your work? Are there any artists in particular that you seek to imitate or do you draw from films or novels?

I also greatly admire architectural deliria by Anton First, François Schuiten and Etienne Robida, among others, many others…

Have period writers like Victor Hugo, but also Mary Shelley and Edgar Allan Poe, significantly shaped your view of steampunk and your work?

Not at all. For me, literature is a virus that gets inoculated in people’s minds and quoted authors happen to belong to a time when there was no remedy against it.

Are there any steampunk or dieselpunk artists or authors you admire in particular?

I have read an excellent French book, La lune seule le sait (“Only the Moon Knows”) by Yoahan Eliot. The visual impact of this story was incredible! There were aliens, Jules Verne as a secret agent sent to the moon to rescue Louise Michel and Victor Hugo in a castle acting as the puppet master of the revolution against a robotic Napoleon the Third! Sheer genius! (By a strange irony of fate, I made the cover for the new edition of the same book some years later)

And you have done other book covers too, correct?

Right, for Gallimard and Press Pocket, two large French publishing companies, but this is not this type of work that will pay me a big house with a swimming pool.

Your work has been on display at several exhibitions throughout the world. Could you tell us about this?

Yes, my work was shown in the United States, the Netherlands and France, but I would like to exhibit in England, Japan, Russia, everywhere people are interested. The only boundaries I have met are not territorial but mental.