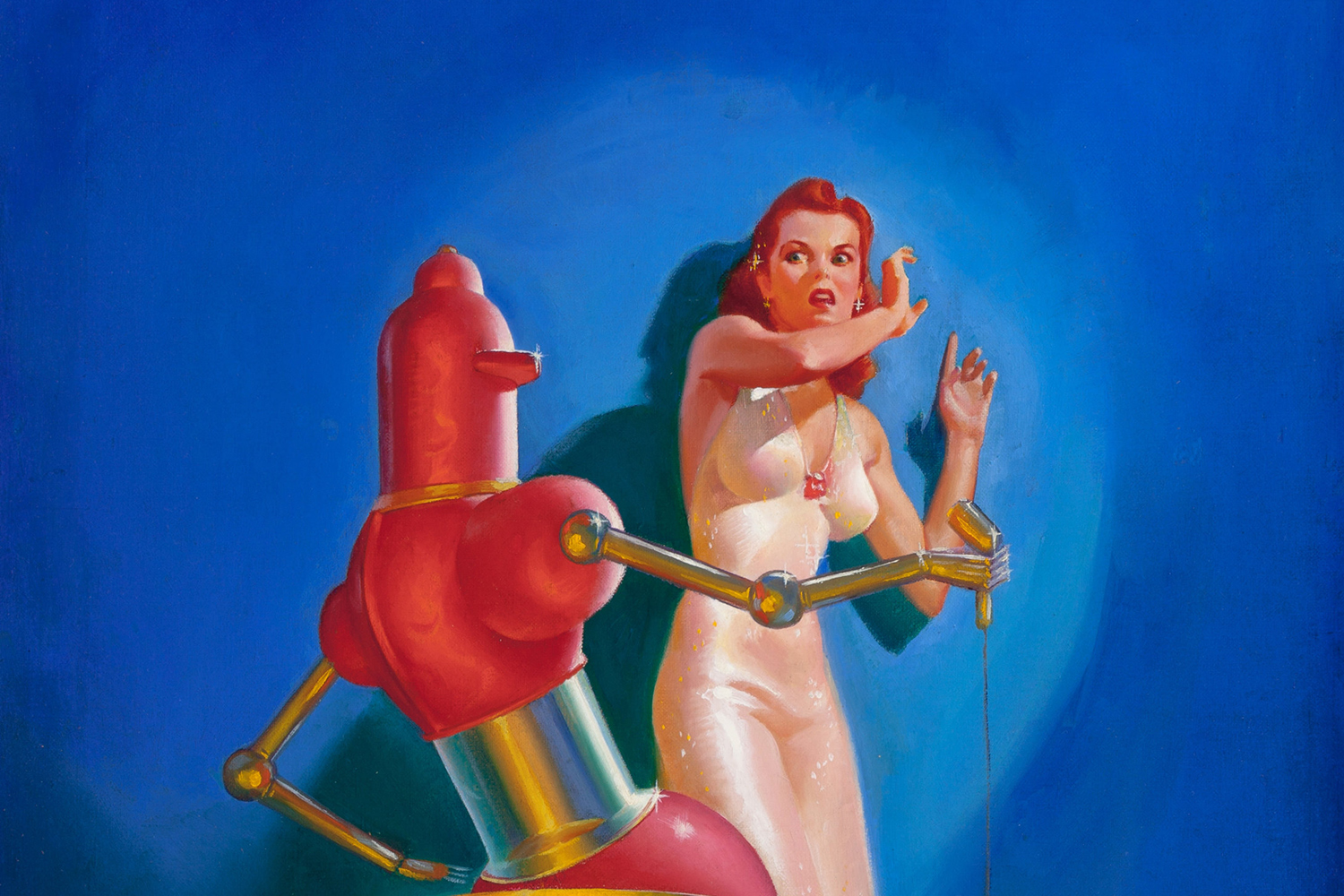 McCauley studied at the Art Institute of Chicago with James Allen St John, who stirred a passion for fantasy and science fiction in the younger man. McCauley later also studied at the American Academy of Art in Chicago.

He was unable to serve in World War II due to poor health. Immediately after the war, he was hired by the Chicago-based publishing house Ziff Davis, where he drew the many covers and illustrations he is now remembered for in the retro-futurist community.

McCauley drew calendars, pin-ups and advertisements, including for Coca-Cola and Orange Kist, in the 1950s. He moved to Florida in 1962, where he worked as a staff artist for a defense contractor and lived out the remainder of his life.

David Sanders has more at The Field Guide to Wild American Pulp Artists.