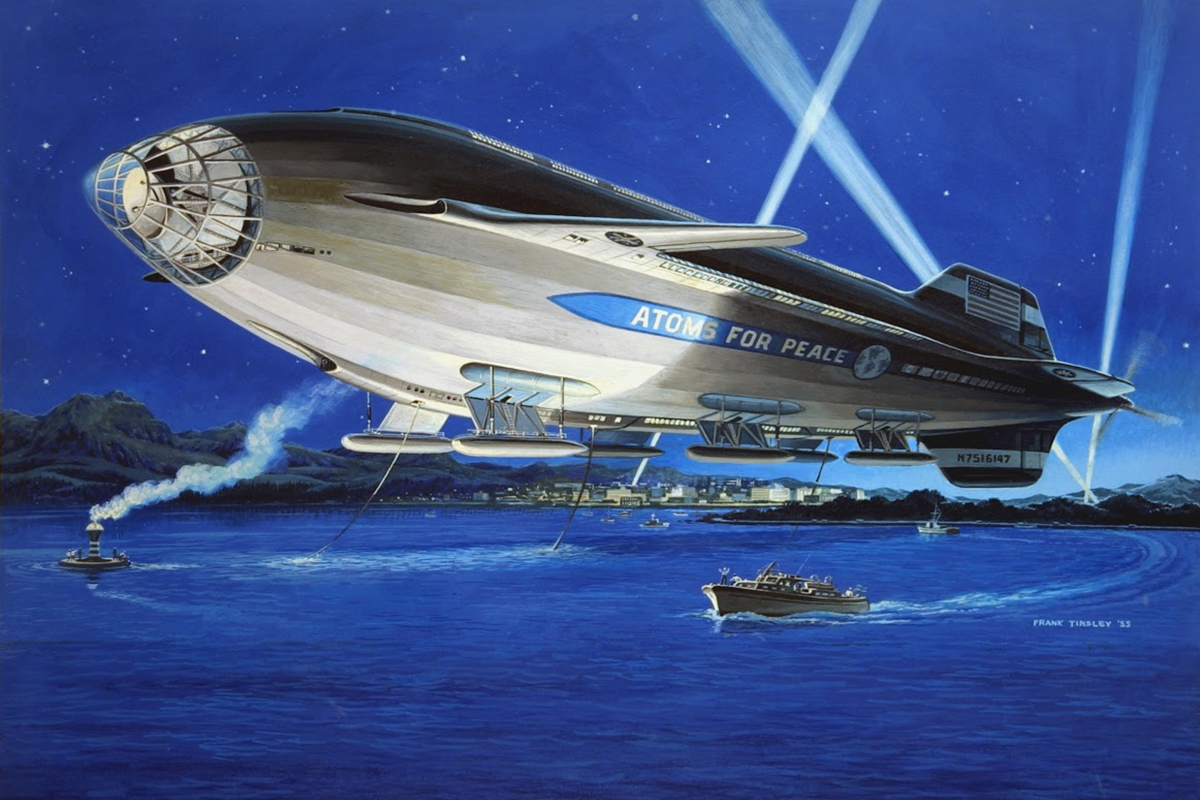 Frank Tinsley was a prolific illustrator of the atomic era. If you’ve ever browsed the archive of Modern Mechanix, you will have seen his work, perhaps without realizing many of the magazine’s iconic illustrations were done by the same artist.

Born in New York in 1899, Tinsley worked as an artist’s apprentice in the Research Department of the Metropolitan Museum of Art after graduating from high school. He joined the Design Section of the War Department during World War I and freelanced as an illustrator in the 1920s and 30s, for magazines as well as the movies. That’s how he met publishing mogul William Randolph Hearst, who was expanding into film at the time. The two became personal friends.

After World War II, Tinsley found a home with Mechanix Illustrated (the former Modern Mechanix), where he wrote and illustrated numerous stories about (the future of) technology. Thanks for James Vaughan for the following high-quality scans.

In 1958, Tinsley was hired by the American arm of Germany’s Bosch company to illustrate their futuristic space technologies. Images courtesy of Atomic Flash Deluxe.

Tinsley died of a heart attack at age 65.