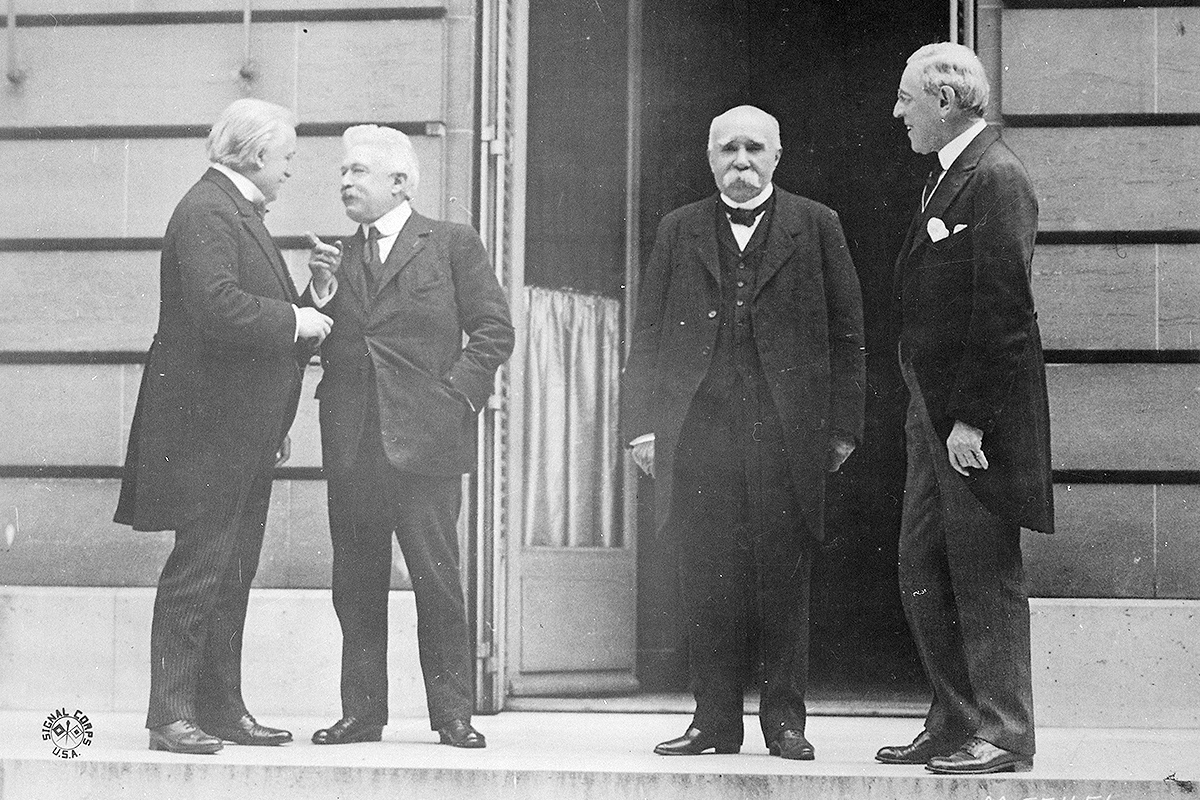 The Treaty of Versailles was signed on June 28, 1919. The Allies wrote it with almost no participation from Germany, which at the time was facing urgent matters at home — the Revolution.

Although it started as an elaboration of US President Woodrow Wilson’s Fourteen Points, which theorized cooperation between all European nations that would hopefully prevent the breaking out of a new war, the treaty was soon heavily influenced by France’s strong need of retribution and bitterness.

The enmity between France and Germany went a long way back. In the nineteenth century, they had gone through the Franco-Prussian War, which largely saw France on the loser’s side, and those scars had not healed yet. In addition to this, the Great War, which had started with a move of Germany against France, had seen the main Western Front lay across French territory, with the most damaged made on the French land and population.

The treaty imposed new, artificial borders on Germany, the loss of territories of strong German culture (such as the city of Danzig) and the shattering of the Victorian dream of a Pan-German nation. The Austro-Hungarian Empire was dismantled, and its pieces were not allowed to connect with Germany. Germany lost her colonies, and harsh limits were imposed on armed forces as well as the limitation on the production and exportation of goods were also part of the treaty.

In spite of Great Britain’s attempt to impose more lenient provisions against Germany, France’s premier, George Clemenceau, insisted on demanding on enormous reparation payments. Clemenceau knew full well that Germany was unlikely to pay such towering amount of money, especially with all the limitation the treaty was also placing on her, but the French feared a swift recovery of Germany if they allowed her to, and a new war against France.

This war reparation and their staggering amount were possible because of the infamous Article 231 of the treaty, which would become knows as the War Guilt Clause. It reads:

This clause was never accepted by the German people. Like everyone else, Germans entered the Great War feeling it was a defensive war. Moreover, the Allies wrote this clause taking advantage of a new trouble Germany was facing at home and which prevented her to sit at the same table. The generals who fought the war and accepted the armistice refused to sit at the treaty table. They refused a discussion and left the matter to be dealt with by the new republic, which had little choice but to accept the treaty and all its provisions — including the War Guilt Clause — if she wanted to close the matter of war and try to build a new life. The intention was to try and renegotiate the terms later when feelings might be less hard toward her.

But German people never forgave the republic for accepting that degrading, punishing and false judgment about them. The Weimar Republic started her history with a heavy burden on her shoulder.

This story was originally published at The Old Shelter as part of an A-to-Z challenge about the history of Weimar Germany, April 23, 2018.