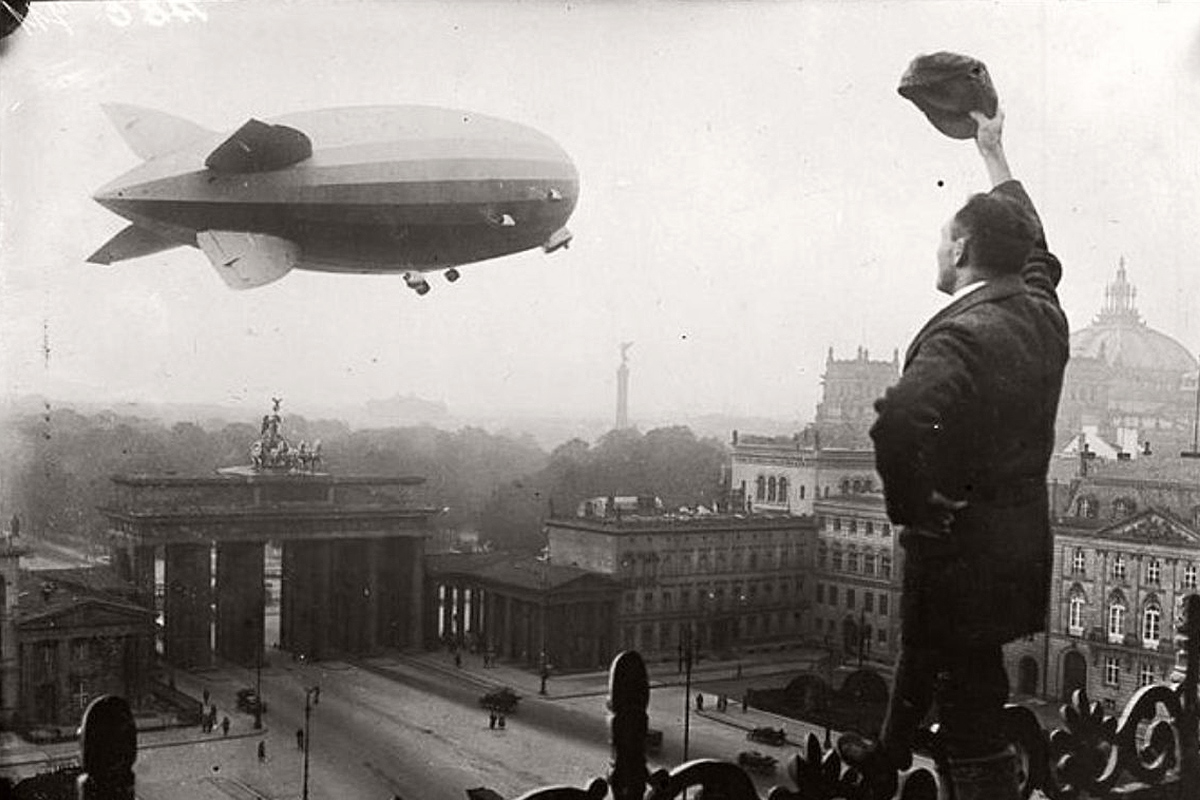 The Weimar Republic was born from revolution in 1919 and died in totalitarianism in 1933. But in this short period (Die Goldene Zwanziger, or Golden Twenties) it really shone, and today Weimar culture is considered one of the most influential periods for creativity — not just for Germany, but for all of humanity.

In all different aspects of life, Weimar culture was contradictory. Everything about it was extreme.

It was extremely tolerant toward everything, be it the new artistic movements or the new freedom of expression. Newspapers flourished, even the harshly satirical ones that ridiculed the republic itself. There were a number of homosexual-oriented magazines available at newsagents. Both communists and reactionaries had their own newspapers. All voices were allowed to be heard.

It was extreme in its receptiveness of all forms of avant-garde, hardcore and subversive as they might be. Influenced by the war experience, movements like Expressionism and Dada didn’t shy away from showing the most horrid faces of war: the maimed bodies, the violent, disturbing colors, the odd angles and the shadows. The nonsense of experience.

Cinema, this most modern of arts, was thoroughly explored and advanced in Germany. The cabaret became one of the most popular forms of entertainment, which displayed nudity, sexual innuendo, genre-bending and political satire liberally, in ways that many considered decadent.

Nothing was too risqué.

With four million people, Berlin was one of the most populated cities in Europe, and many of those people weren’t Germans. The vital artistic life attracted artists from all over the world and turned Berlin into a cosmopolitan city, a place where many languages were spoken and where people who may have been considered enemies lived a fulfilling life.

It was also a city with an unusually numerous community of Jews, who were deeply involved in every aspect of the city’s life.

Here was where the generation of the trenches expressed themselves at their fullest. The old imperial, authoritarian society had shattered, barriers and rules had become loose and young people — who had fought in the trenches or toiled at home to sustain those who were fighting — didn’t recognize the old values anymore. They wanted something new and different and sought it recklessly, never caring for what their elder could say. Some historians even suggest that young people were particularly reckless because, in some way, they sensed that this freedom would not last. That the political and economic insecurity would soon bring that freedom to an end, and so they pushed on the accelerator as long as they could.

But along these people lived those Germans who didn’t recognize Berlin as their capital and thought all that freedom and modernity were in fact decadence. The women who didn’t need a man in their life were killing the nation. The Jews who controlled the artistic and cultural life were twisting the roots of true German tradition.

Besides, the government was weak and treasonous and lacked the authority to lead the nation.

It was in Berlin — the capital of free expression, tolerant toward everything and the contrary of everything — that all the authoritarian forces who sought to kill that freedom finally converged.

This story was originally published at The Old Shelter as part of an A-to-Z challenge about the history of Weimar Germany, April 2, 2018.