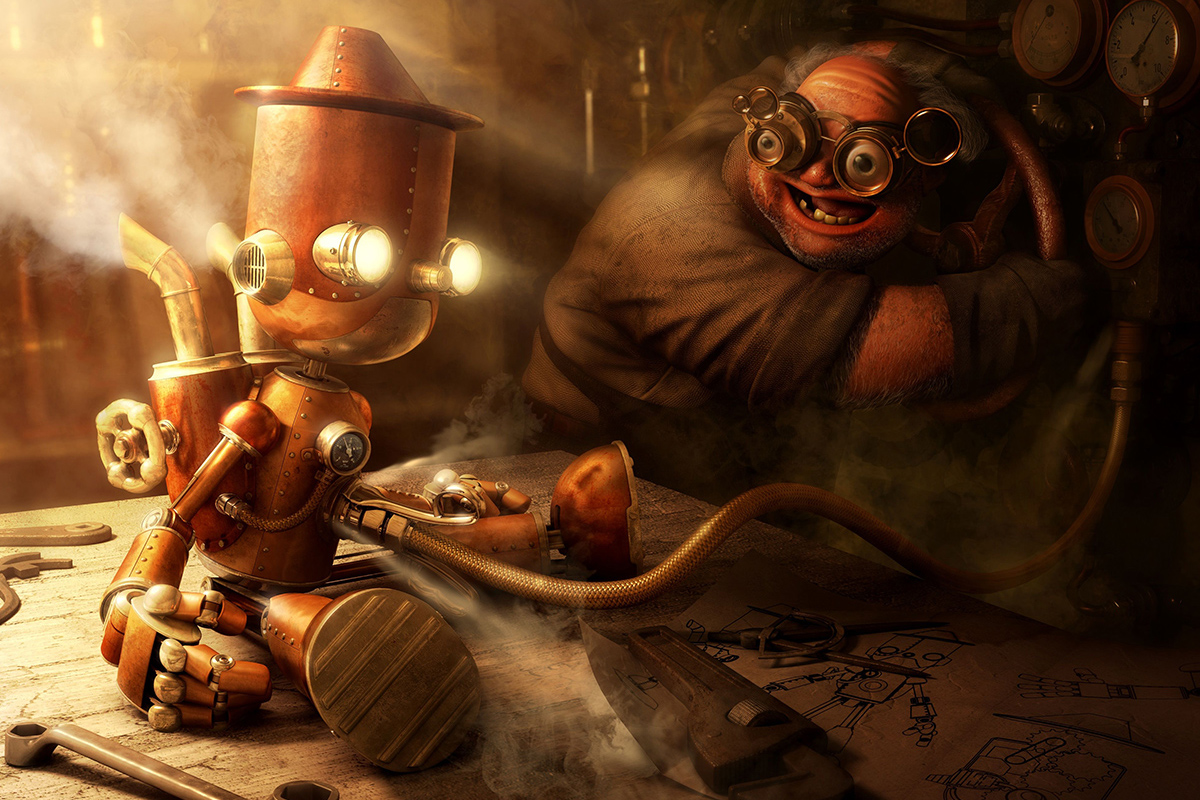 In late 2008, CGSociety launched its largest competition to date called “Steampunk: Myths and Legends”. There was $22,000 in prize money for artists to render traditional myths and legends in the steampunk style, “using elements of gears, springs, brass and steam power.”

The instructions were simple:

Reimagine legendary characters from some of the world’s most ancient stories, such as a steam-powered minotaur, or a zeppelin-mounted Thor, hurling lightning bolts from the sky.

If you’re ever searched for steampunk art, you may have seen at least a few of the images that were entered into the competition. It yielded some iconic steampunk artworks.

The competition page no longer exits. The most recent version I can find in the Internet Archive’s Wayback Machine is from September 2010. Sadly, many of the images don’t work.

So I did a bit of sleuthing around the Internet and found the following entries, including Fabricio Moraes’ winning artwork: Steampunk Pinocchio. Enjoy!