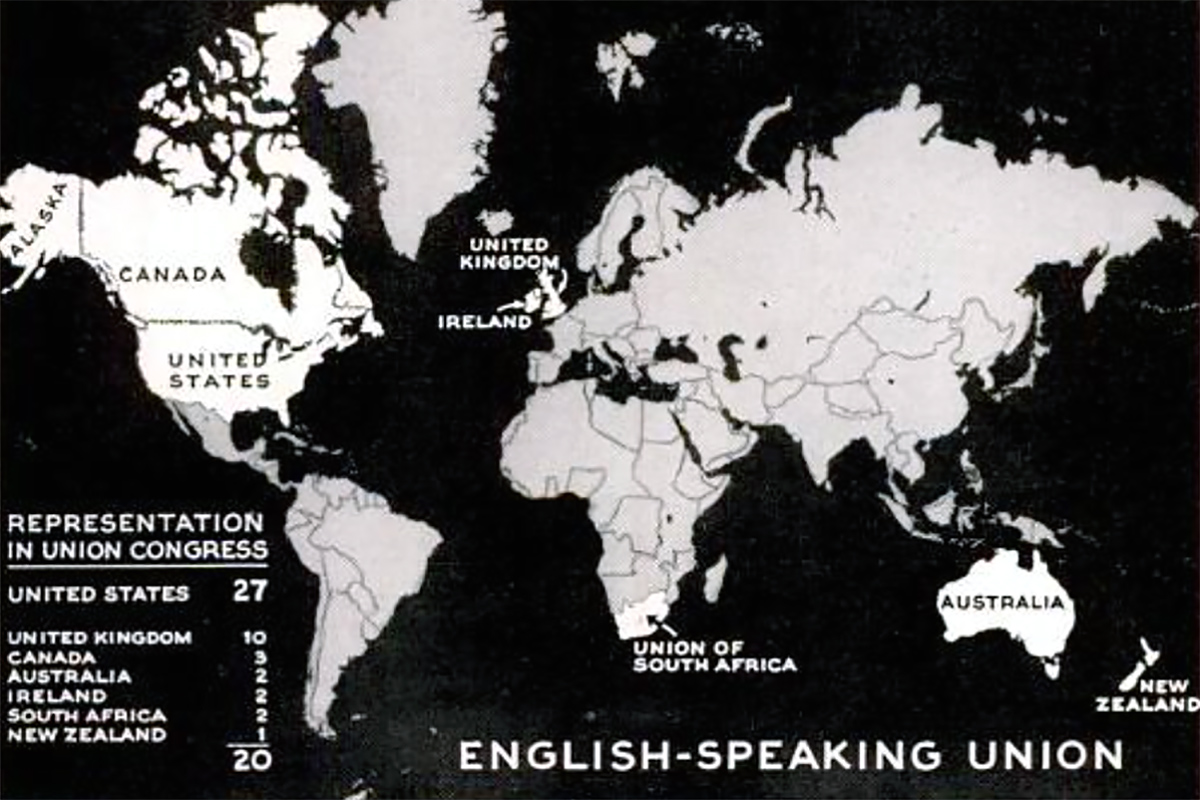 Writing before the Russians entered the war on the Allied side in 1941, Sherwood feared a prolonged stalemate between Nazi-controlled Europe and the English-speaking free world. Isolated in a largely totalitarian world — “a world in which the term ‘cut-throat competition’ would mean just that” — America’s standards of living would be reduced, he warned readers of Life magazine. A union of the English-speaking peoples promised respite.

It would have no involvements whatever in the continent of Europe. It would constitute a power of unassailable magnitude, dominating all the oceans; and this power would be in the hands of 200,000,000 people who speak the same language and believe in the same three fundamental things — liberty and justice and peace.

Consider this closer to Fortress America then than the free-trading visions of today’s Anglophiles.

Sherwood went on to write that such an English-Speaking Union ought to be governed by a joint Congress in which the other six nations could at all times be outvoted by the United States. What an alluring prospect that must have seemed to them.