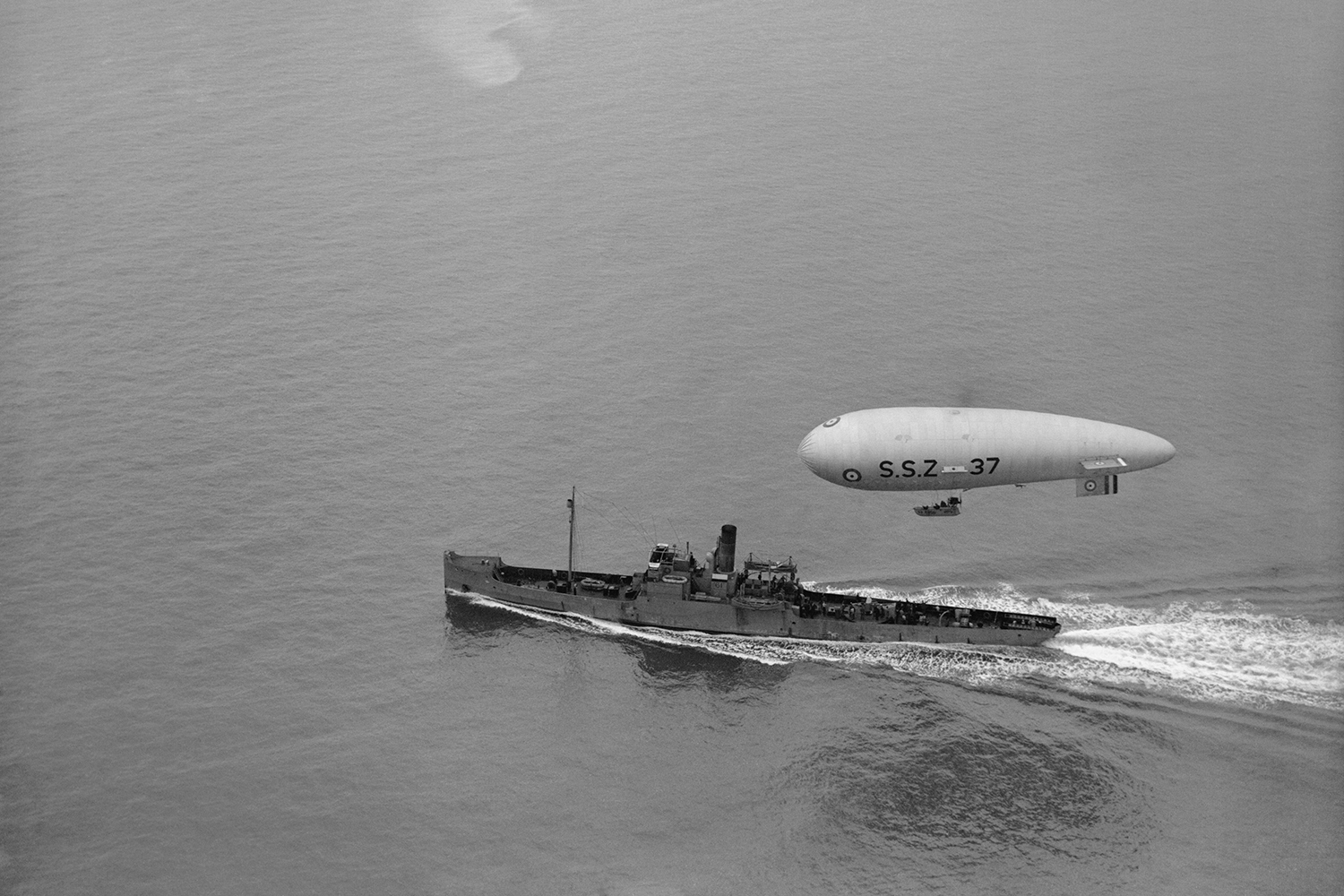 The First World War marked the airship’s debut as a weapon. Count Zeppelin and the German army believed they had found the ideal weapon with which to counteract British naval superiority and strike at the United Kingdom itself. More realistic airship advocates believed the zeppelin was a valuable long-range scout and attack vessel for naval operations.

Raids began in late 1914, reached their peak in 1915 and were discontinued toward the end of the war.

Zeppelins turned out to be terrifying but inaccurate weapons. Navigation, target selection and bomb aiming were difficult under the best of circumstances. The darkness, high altitudes and clouds that were frequently encountered during missions reduced accuracy. The physical damage zeppelins could cause was marginal. They killed no more than a few hundred civilians.

The zeppelins were initially immune to attack by aeroplane and anti-aircraft guns. As the pressure in their envelopes was only just higher than ambient, holes had little effect. But once incendiary bullets were developed and used against them, their flammable hydrogen lifting gas made them vulnerable at low altitudes. Several were shot down in flames by British defenders. Others crashed on the way to Britain. The Germans started flying higher and higher, but this only made the airships even less effective.