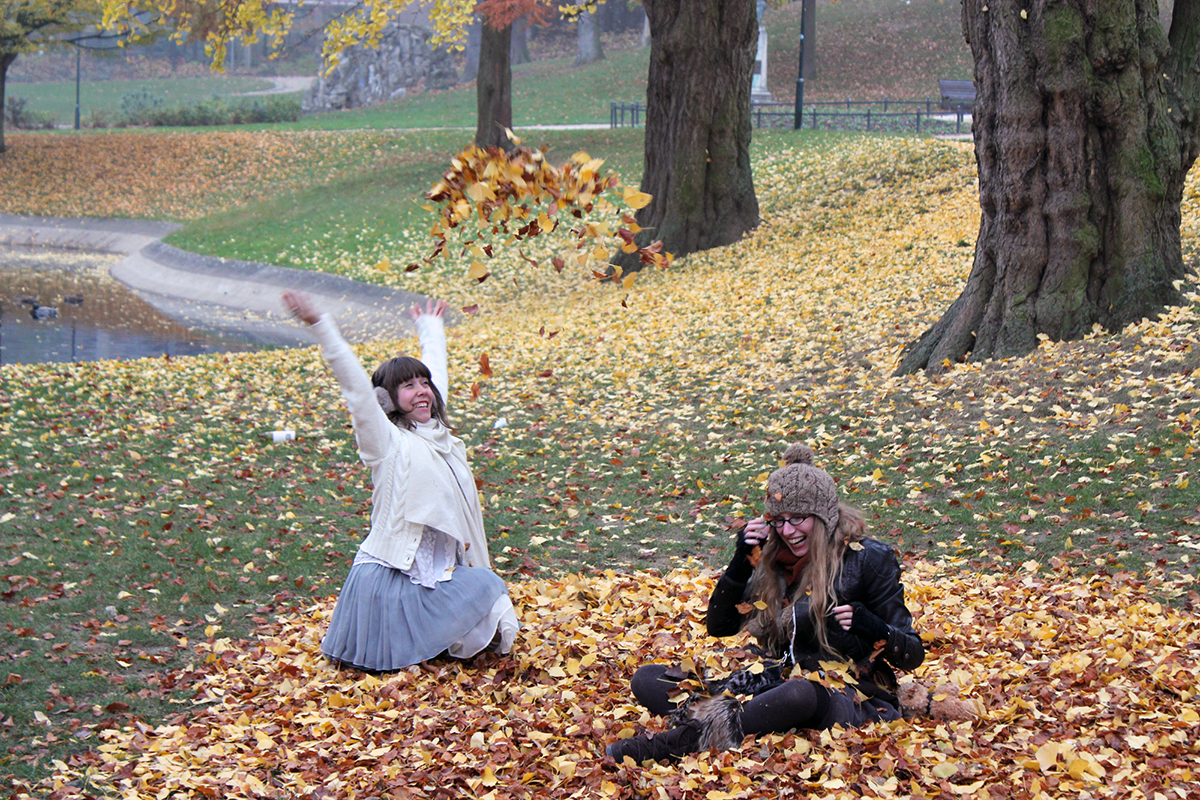 It’s been a hell of a long time since we’ve had a proper fashion feature, so I figure that now is as good a time as any to talk about style once more.

Today I’d like to talk about one of the sister styles of steampunk: the Japanese fashion style mori-kei.

Of course, to be able to successfully fusion this with steampunk, it’s important to understand a little more about the fashion itself so you can “steam it up” in the right way.

This style is particularly interesting for those who want a look that has a more outdoors or forest feel to it. Think the steampunks of the abandoned army sites and factories that have been reclaimed by nature.

Or for those who simply want a different kind of scruffier or more casual look than what we’ve standard come to see in steampunk.

Mori girl is one of the more popular styles of contemporary Japanese fashion. Based on, often ethereal, forests and fairy tales, it’s a style that appeals to many for its wearability and accessibility to literally all ages. Parents dressed up in mori-kei together with their children is neither unheard of nor frowned upon.

Aside from this, it is also an all-season kind of style thanks to the typical layering: just add more or less depending on the temperature as only the silhouette and colors are the things you should really pay attention to.

Even though there are several styles within mori-kei, the key elements remain the same: a basis of earth tones ranging from creams and beiges to browns with elements or accents of earthly greens, greys and whites.

Skirts and trousers are worn equally, although skirts are by far more popular with girls. The length ranges from anywhere from slightly above the knee (not mini!) to touching the ground. Often several skirts are worn over one another for the layering effect, although sometimes this is accomplished with long, and often oversized, tops as well.

Cardigans, be they long or short (never cropped) are also popular garments on colder days. Trousers range from bloomer like shorts to loose pants, Bermuda shorts and slacks. Things like (skinny) jeans have no place in mori. If you want a normal cut pair of pants, look for something like traditional velveteen or corduroy trousers.

While mori-kei is often a sober (not sombre) style, prints are not unheard of but they’re always subtle such as small polkadots, a discrete stripe or a nice animal print such as deer spots. Subtlety is the key word when dealing with this style. If you want to use steampunk prints, you of course can, just make sure they are subtle. Small clockwork, gears… will work perfectly with this style.

Cosy, cute and vintage style hats such as schoolgirl hats and (animal eared) bowlers as well as knitted hats are commonplace but by no means a necessity. Wearing your hair down like it is, putting it up in a comfortable style (it can be a little messy it doesn’t have to be prim and precise, as long as it’s clean it’s all good) or wearing flowers in it is also often done in this fashion.

Footwear ranges from comfortable boots, clogs, combat boots to even hiking boots and all kinds of sandals, mary janes and more elegant footwear. As long as it’s the right color and matches your outfit it’s all good. Socks (and legwarmers in colder seasons) are often used to further the layering of an outfit, but normal socks, or socks with added lace are also often found.

A handy tip: if you can’t find lace socks, use wristcuffs as sock toppers. Or if you can’t get your hands on slouchy socks, buy over the knee socks or thigh highs and push them down for the slouch effect (you can do the same with cut off tights as well in warmer seasons). And in summer you can just wear no socks at all in a nice pair of mori style sandals. Toes are allowed to be seen in mori fashion after all.

Other popular accessories include (faux) fur scarves, comfortable long scarves (any kind, as long as it matches your coordinate) and accessories featuring forest elements and woodland animals such as necklaces, bracelets, earrings, rings and brooches.

Make-up is always neutral and matching the style, nude and earthly make-up is definitely chosen over bright and over the top. The same goes for nail varnish. Elaborate nail art has no place within mori-kei, even though subtle things such as newspaper nails are perfectly acceptable.

And now that we’ve tackled the basics, here’s a little something on the substyles of mori-kei so you can start mixing it up with steampunk if you feel like it.

This is probably the best known and archetypical styles within mori-kei: girls dressed in earth tones and many layers, like they just stepped out of a forest-themed fairy tale. Looking elegant and quiet, like the deer. Mori girl is the style that embodies all the basics of the style and can range from slightly scruffy looking to very classy and elegant, depending on your use of layers and garments.

Earth tones are key and color combinations often used are creams, beiges with soft browns (dark brown is allowed but nothing darker than milk chocolate) or whites, creams and greys.

The new, seaside variety of mori girl is called hama girl and sees the addition of nautical colors such as navy, prints such as the mariniére stripe and waterproof footwear such as cute wellies in addition to the normal ensembles.

The male variety of mori girl. As is typical for many Japanese fashion styles, this is not gender-limited. Many girls have taken to wearing the boy variety of mori and it is perfectly acceptable. The layering remains but the skirt is changed for trousers. When girls wear the style you quite often see bloomer like shorts and obviously female cut trousers, but when men wear it, it is definitely all trousers and shorts found in the men’s wear department. So even though it isn’t a gender-limited style per se, it is still very gender-defined by the kind of trousers you wear.

The other garments such a T-shirts, vests and cardigan are all very masculine in cut. Girls may, of course, choose for female versions but often opt for boyfriend cut variety to give their outfit a more masculine feel.

This far darker style embodies the dark side of fairy tales, the traditional tales of old that were far scarier than the fairy tales we know nowadays. Whereas the original silhouette remains, the colors are far darker. Very dark browns with black (and sometimes all black) are mixed with the traditional shades of mori kei or are the only colors used with this particular style.

Where normal accessories in mori are quite demure and elegant they step nearly into the realms of dolly-kei with animal skulls, antler hairbands and (faux) animal stoles such as foxes and minks. Of course, you can just stick to the normal headwear, scarves and accessories just as well as such is a matter of personal preference.