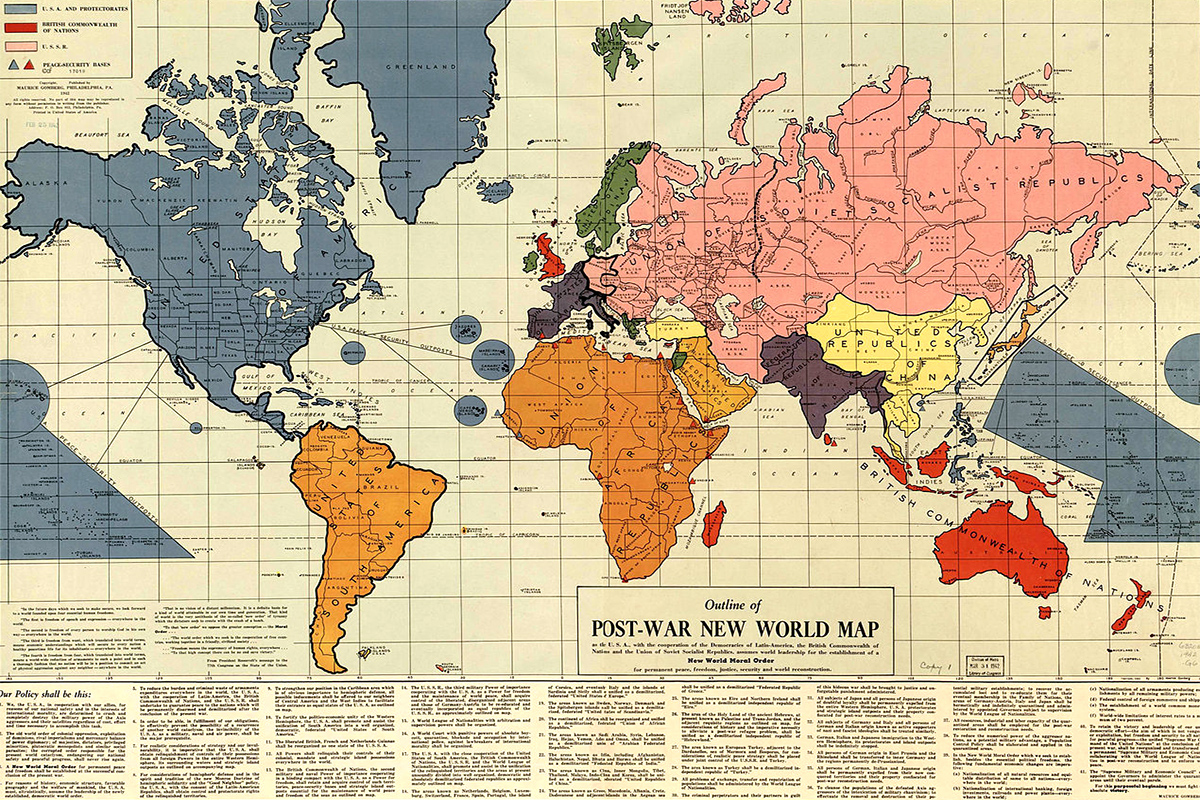 Throughout World War II, Allied policymakers pondered how to rearrange the world once victory was achieved. Oftentimes their thinking confined itself to the outlines of postwar Europe, but some schemes were more ambitious.

In this 1942 “Post-War New World” map, one Maurice Gomberg proposes that the entire world be more or less reorganized after the American model.

While Canada, Mexico and the Caribbean are to be incorporated into the United States, we find both Latin America and Africa entirely federalized and, for some reason, demilitarized too.

The map further foresees the establishment of a Western European Union, though Scandinavia and Greece are lucky enough to get their own states. Finland and Germany are less fortunate. They are given to the Soviets.

While America and the Soviet Union are predicated to become the dominant powers, the British Empire still gets a slice. As “the second military and naval power of importance cooperating in a binding compact with the USA as a power for freedom,” Britain must retain its strongholds in the Mediterranean and, although the Raj becomes a republic, the Empire gets to keep Ceylon. It also gains Madagascar and most of the Dutch East Indies.

Obviously, the maker of this map did not care for national sovereignty, but it makes for a compelling dieselpunk setting.