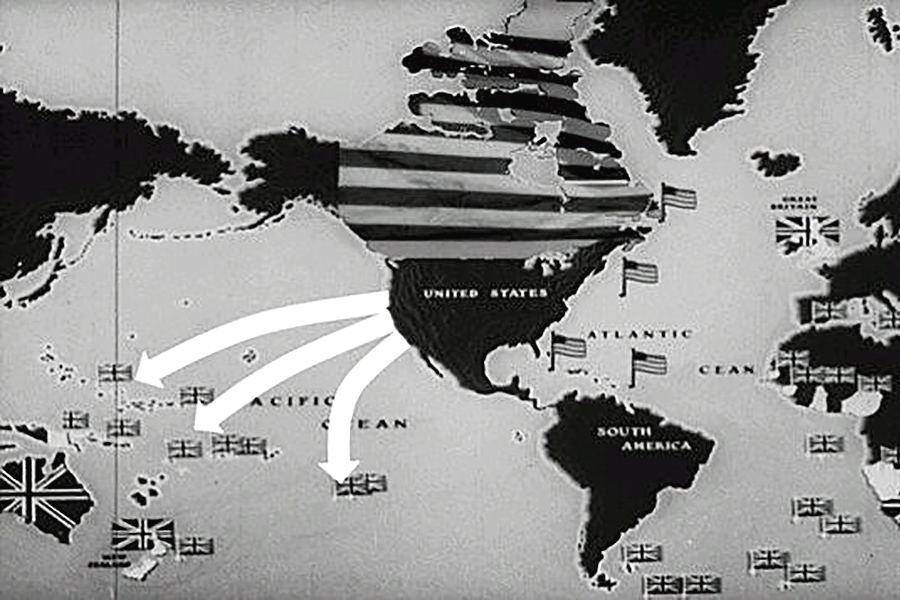 During the 1920s and early 30s, a Joint Planning Committee (the precursor to the Joint Chiefs of Staff) developed a series of color-coded war plans. “Plan Red” prepared for a conflict with the British Empire, then the world’s declining but still premier military and political power.

The American plan focused on Canada. It called for a joint army-navy attack on the port of Halifax before troops would seize the Canadian hydro plants near the Niagara Falls. A full-scale invasion would have been launched on three fronts: from Vermont to take Montreal and Quebec; from North Dakota to take Winnipeg; and from the Midwest to capture the nickel mines of Ontario. The American hope was that the British would then sue for peace.

The United States also planned for a two-front war against Britain and Japan (the two sea powers were allied from 1902 to 1923). This version, called “Red-Orange,” concluded that America did not have the necessary resources and would have to choose between fighting in the Atlantic or the Pacific.

This line of thinking would inform Chief of Naval Operations Harold Rainsford Stark’s famous 1940 “Plan Dog” memorandum, which proposed fighting a defensive war in the Pacific while giving priority to defeating Germany and Italy in Europe.