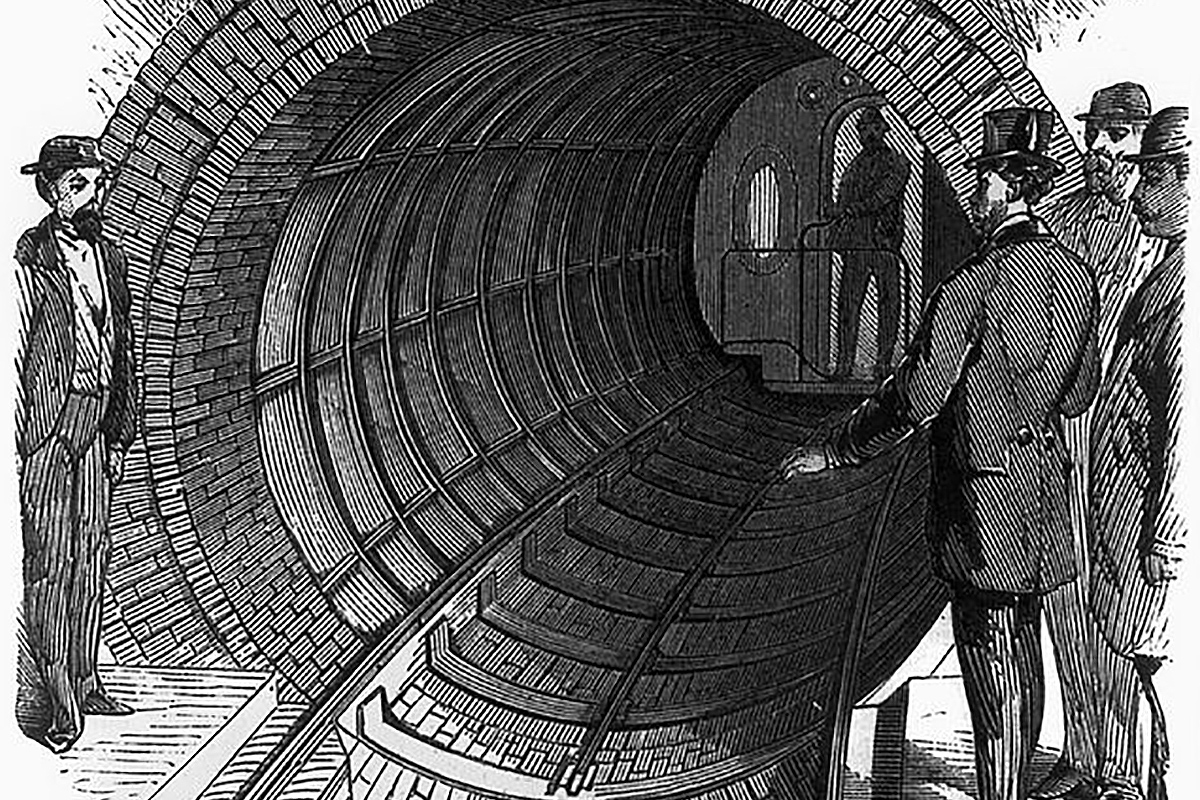 It sounds like something out of Jules Verne or The Jetsons, but in 1870 a “pneumatic subway” ran under Broadway in Manhattan.

Built in secret so as to not to arouse the ire of Tammany Hall, only a block-long segment between Warren and Murray Streets was completed before an enterprising reporter for the New York Tribune exposed its existence.

Apparently, over 400,000 New Yorkers took a joyride underground during the three years the pneumatic subway was open for demonstration.

Head over to io9 to read more.