Storming of the Capitol 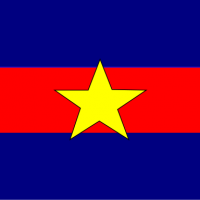 I live in Northern Virginia, miles from the Capitol.