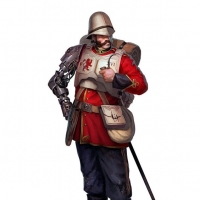 Steiner
June 2008 in Diesel
Or should tht be period?

I was thinking, what constitutes to music in this genre? When I'm working on the jeep I usually have something fitting, to help me think of the 40s and 50s. So I have some Glenn Miller and other 40s favorites, classic jazz too, and for something a few years more modern; the Beach Boys (The epitome of the 50s/60s summer, no?) What do you think is classified as music of the genre?