What if Germany had been divided differently?

There were various proposals to divide Germany after the Second World War other than the east-west split we know from the Cold War. You can learn more in my story "How Germany Was Divided: A History of Partition Plans".

One idea, by Winston Churchill, was to separate Germany along north-south lines and join south Germany with Austria and Hungary to create a Danubian Confederation.

I discovered this great map today, made by an artist who goes by moerby08 in the style of The Economist, which shows what such a state might have looked like: 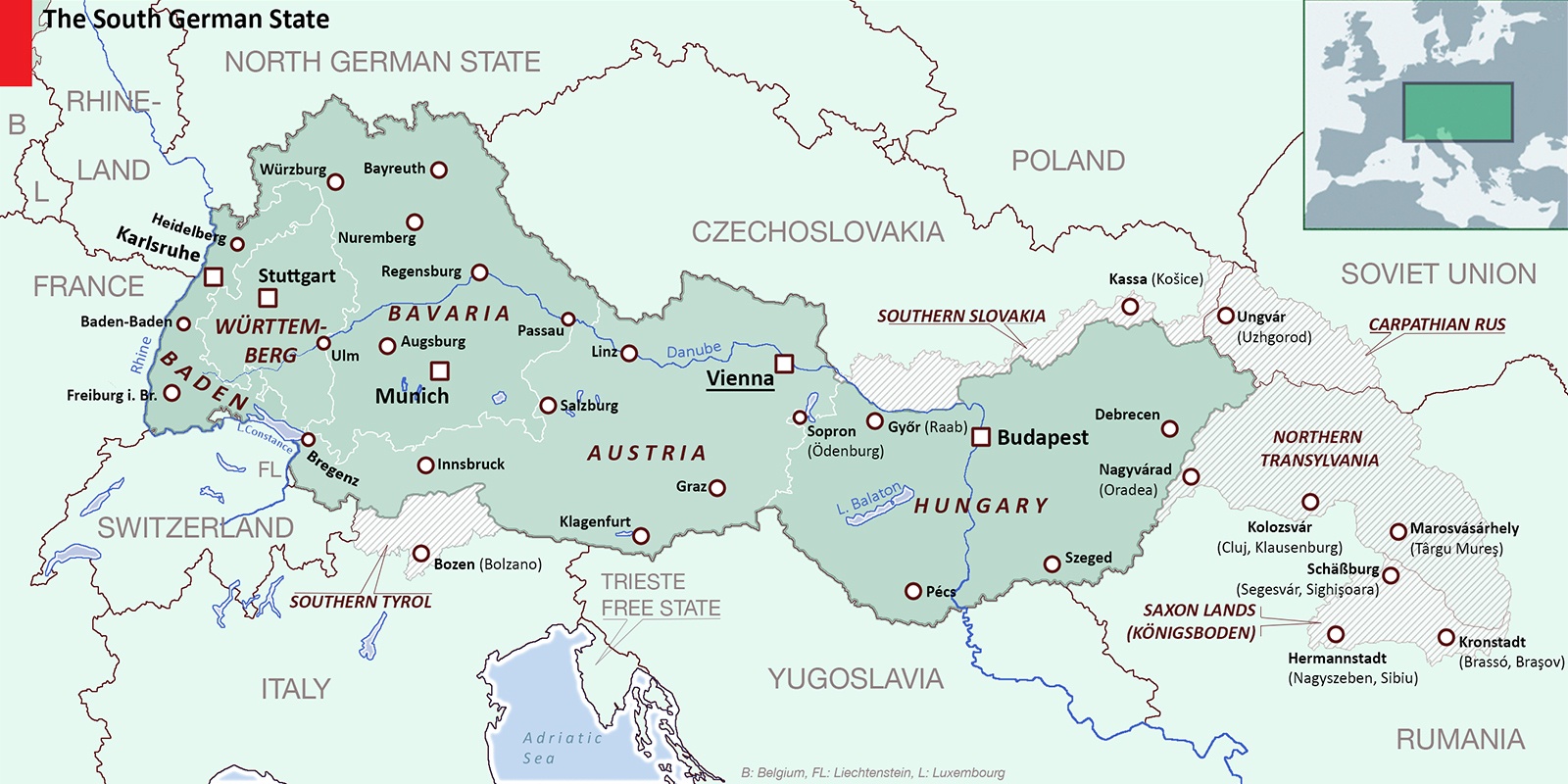 Click here for a full-size version with more details, including on the government of the confederation. The artist suggests that in the present day, Georg von Habsburg, the grandson of the last king of Austria-Hungary, Charles I, could be the ceremonial head of state.