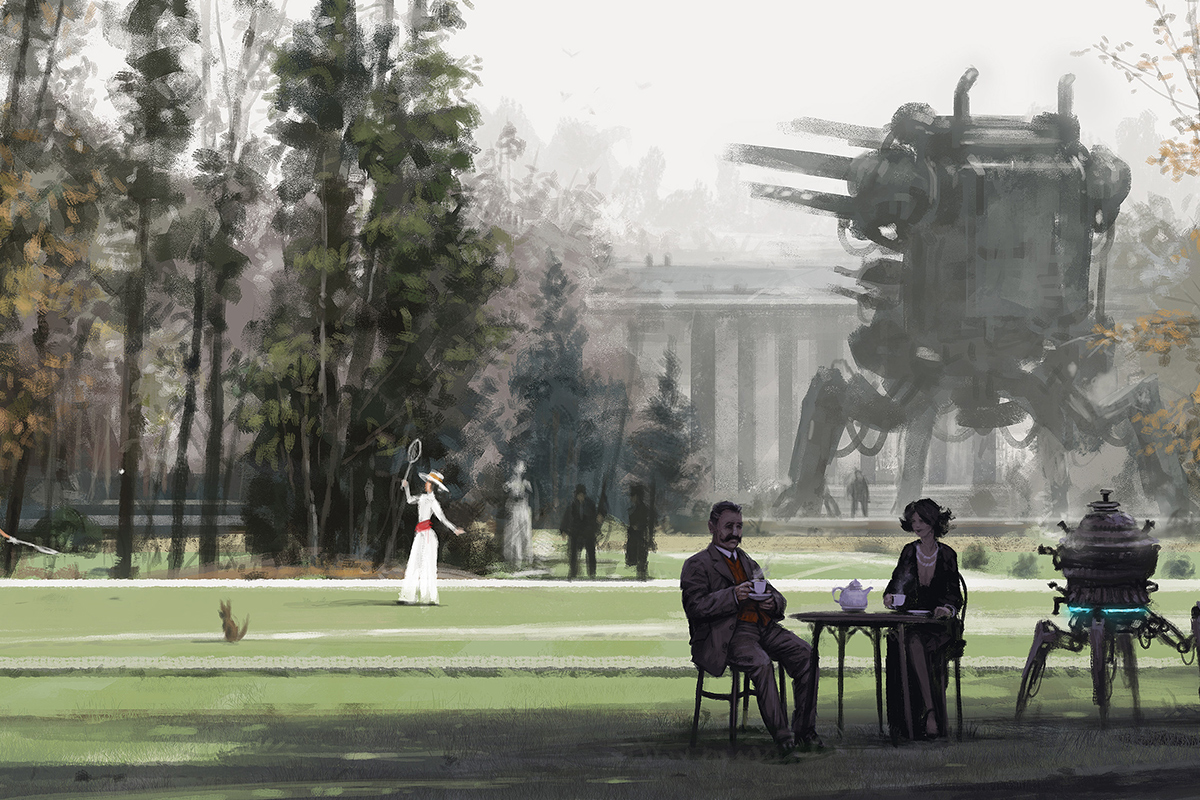 Steampunk performer Professor Elemental is back with some common-sense advice on how to deal with politics in steampunk:

At times, I have tried my hand at politics on stage, and had people shake my hand and thank me for taking a stand. But other times, I have annoyed or upset people who were just out for a good night and a bit of escapism. As the world gets harder, I’m trying to make live shows softer, sillier and less partisan. Some people don’t want politics with their steampunk and we need to respect that and stop bothering them.

I remember when I argued in my controversial “Who Killed Steampunk?” article more than a year ago that the genre had become too political, and this was chasing people away, Elemental was one of many critics who thought I was exaggerating.

A few months ago, he, too, recognized that politicizing steampunk can do more harm than good, and he urged people to stop excluding others on the basis of political beliefs.

Sounds reasonable, except when I suggested the same, I was accused of tone policing; of only caring about white and straight people (although I’m gay); prioritizing the hurt feelings of those who want to oppress others; and called naive, a racist, the son of skinheads and a complete and utter jackass.

In short, I was “canceled” — like so many others who have stepped outside the narrow confines of accepted political thought as defined by steampunk’s leading (and loudest) opinionmakers.

It’s a fate Elemental has so far been spared. Let’s hope that, as an opinionmaker himself, he can help turn the tide.

The point is not that steampunk must be apolitical. That is a canard propagated by those who insist it inherently is.

[S]teampunk doesn’t exist in a vacuum. … I’m a middle-aged, white, British rapper in a colonial outfit. It’s a bit of a mess. With a great hat comes great responsibility. If I am going to be subverting the rap genre and the colonial dress at the same time, I feel it’s my responsibility to be clear about my political beliefs and pay tribute to the artform I love so much.

And as I’ve argued:

Given its roots in the nineteenth century, it’s hardly surprising that steampunk might have some issues with gender and race. A lot of early steampunk was Western and white. … When you’re creating a costume or writing a story, it’s your responsibility to educate yourself. Don’t assume that just because it’s role-play or fiction, it’s fine.

But there’s a spectrum between arguing steampunk can be political and denouncing acts, books and movies that (ironically) recreate nineteenth-century stereotypes as racist or sexist.

There has been a tendency to hunt for heretics; what Eric Renderking Fisk has called “the steampunk political guillotine machine“. It’s the mentality I blamed for “killing” steampunk:

If there must be politics in steampunk, let there be room for all sorts of politics. I’ve wondered if you can be right-wing and steampunk. Given the dominance of the left in this community, you could be forgiven for thinking the answer is “no”.

And not just broadly center-left, but far left. Many of the best-known steampunk authors and editors are proud anarchists for whom Joe Biden and Keir Starmer are neoliberal sellouts. If your politics lean even more to the right, I wouldn’t blame you for keeping it to yourself.

Debates on steampunk and race are monopolized by critical race theorists, who seldom assume good faith and have a penchant for public shaming.

Far from fostering an inclusive community where people feel welcome, it creates an environment in which people have to be constantly on their guard lest a single slip-up permanently brand them a bigot.

That’s not an environment that is conducive to experimentation and innovation, which may be why steampunk has become stale.

Nor is it an environment that draws people in, which may be why steampunk is — at best — stagnant.

Elemental’s solution is to turn the other cheek:

Change needs to come from those who don’t accept that, for some, steampunk is just a hobby.

Art on this page by Jakub Rozalski.